Another cold night coming for southeast Nebraska, but the good news is that with clouds overhead it will not drop as cold as Tuesday morning when temperatures fell to 0° to -22°. 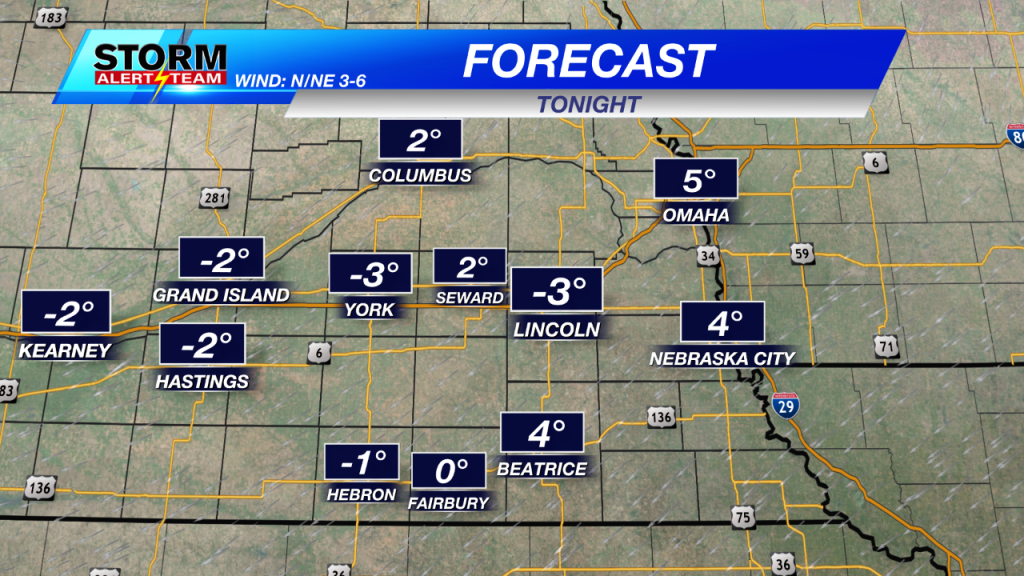 We will have a small warm-up Wednesday before we start heading back down Thursday and in to early next week.  Right now it looks like the coldest of the cold stretch will come for Valentine’s Day.  Low temperatures Sunday morning will approach -20° and the high temperature will struggle to climb above 0°.

WEDNESDAY:  Mostly cloudy skies and a little warmer.  Temperatures will top out from 8° to 14°.  Wind chill values will be from -3° to 3° during the afternoon.

THURSDAY:  Mainly cloudy with light snow possible.  Highs will be in the single digits.

RARE AIR
The temperature at the Lincoln airport dropped to at least -18° Tuesday morning. That is the coldest temperature in 1,135 days for the capital city. Back on January 1, 2018 it dropped to -19°. 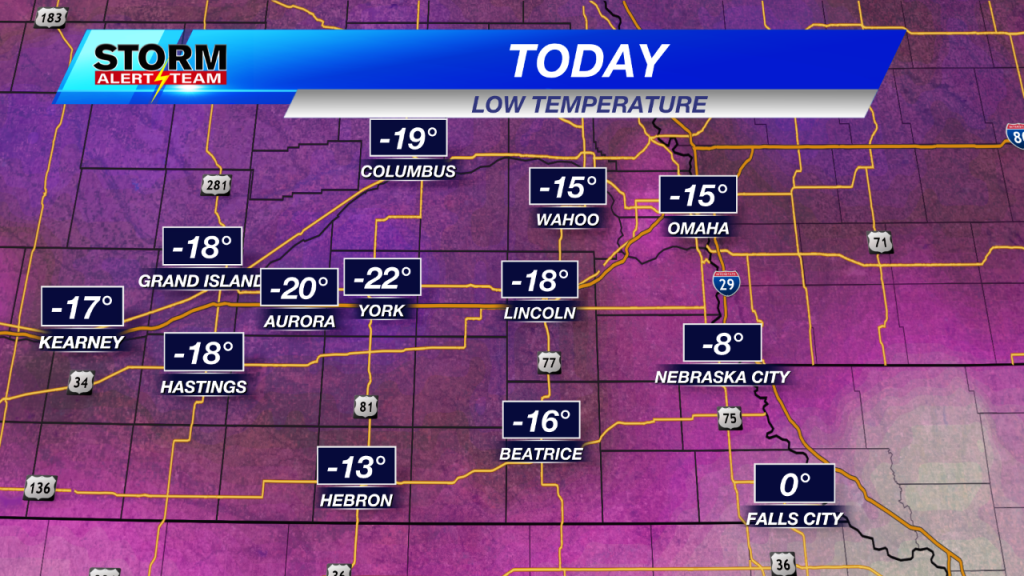 To give some perspective, only 0.2% of days have produced a temperature dropping to -18° since 1887 in Lincoln.

If you have been thinking that you can’t remember it being this cold this time of year, for most you are correct.  The last time it has been this cold between February 6 and February 9 is nearly 90 years ago. 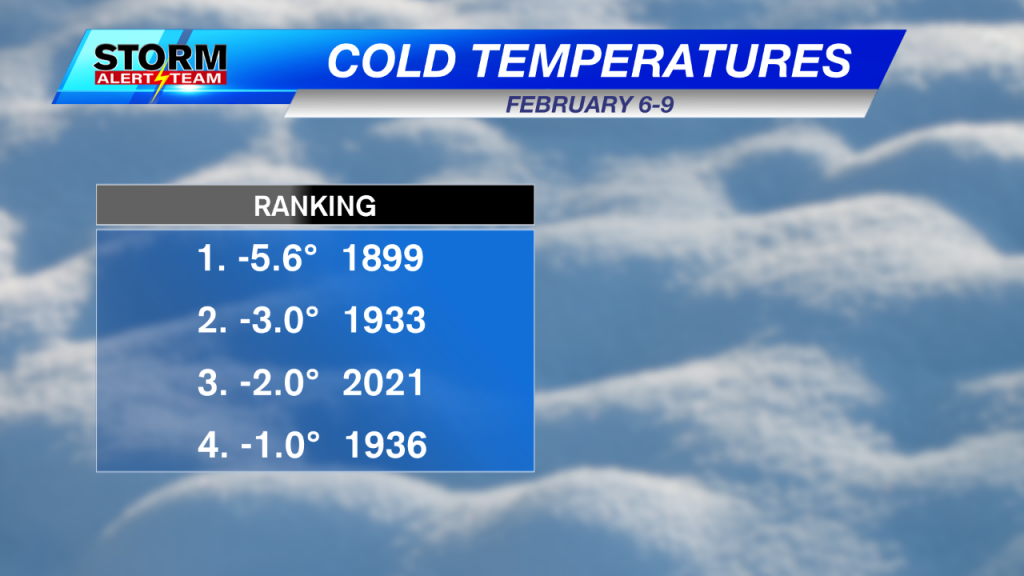 This stretch now ranks as the 3rd coldest since weather records began in Lincoln back in the 19th century.  With bitterly cold air for the foreseeable future it will be interesting to see how this stretch ranks.