A couple rounds of severe storms possible this week 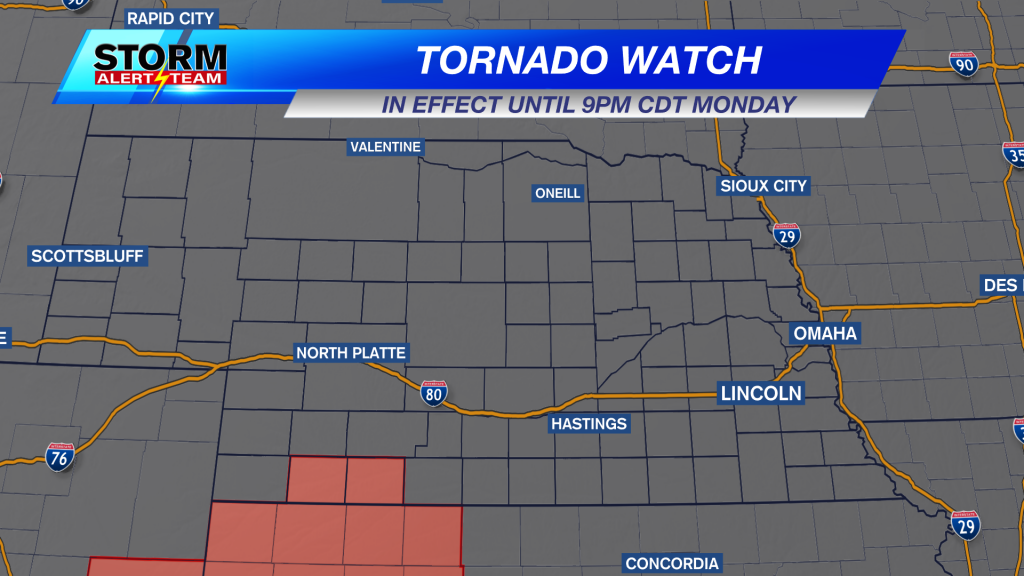 The Storm Prediction has portions of central Nebraska highlighted for a “Slight Risk” for severe storms Monday evening.  The main threat in central/southern Nebraska appears to be large hail and damaging winds.  However, a tornado cannot be ruled out, especially in the southwest corner of the state.

At this point, storms should quickly weaken as they move east after sunset.  I do not think any of these will make it to Lincoln, however an shower is possible near daybreak Tuesday. 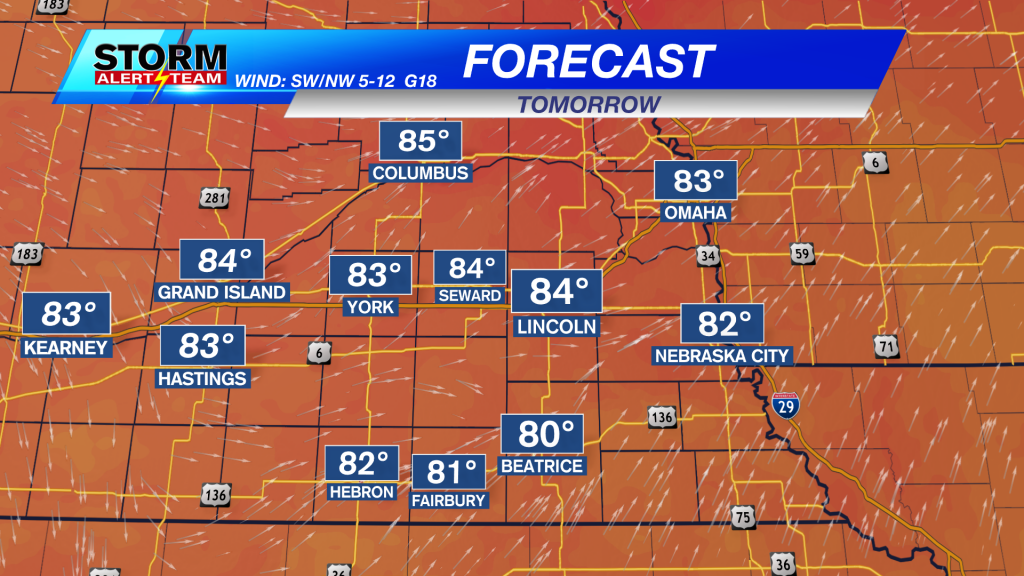 Expect to see mostly to partly cloudy skies Tuesday.  Temperatures will return to the 80°s for the 5th consecutive days.  The first time this has happened in 7.5 months.

As the atmosphere heats up, scattered showers and thunderstorms will be possible, mainly late afternoon through early evening.  The chance for rain will be confined to the southeast corner of the state. 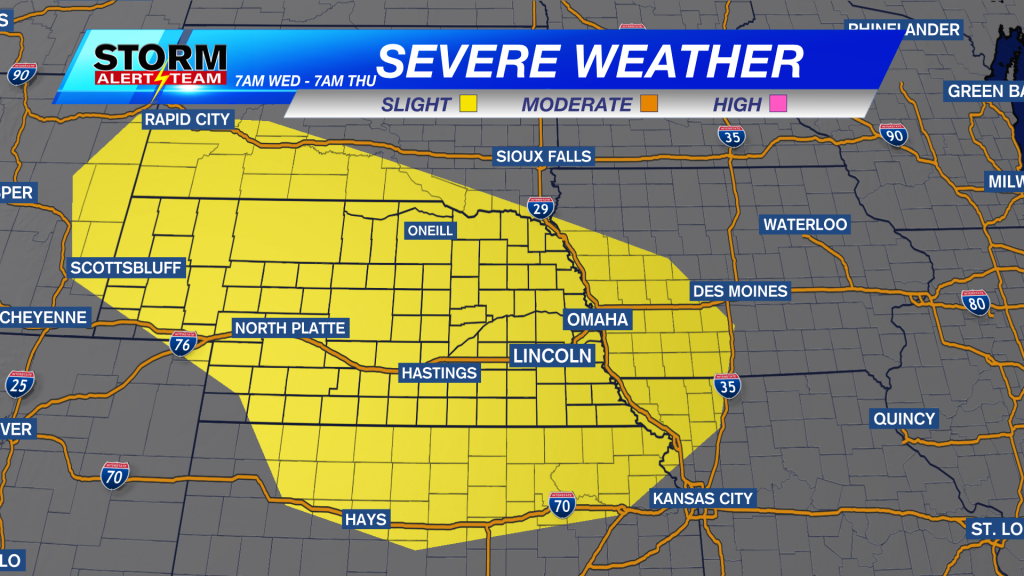