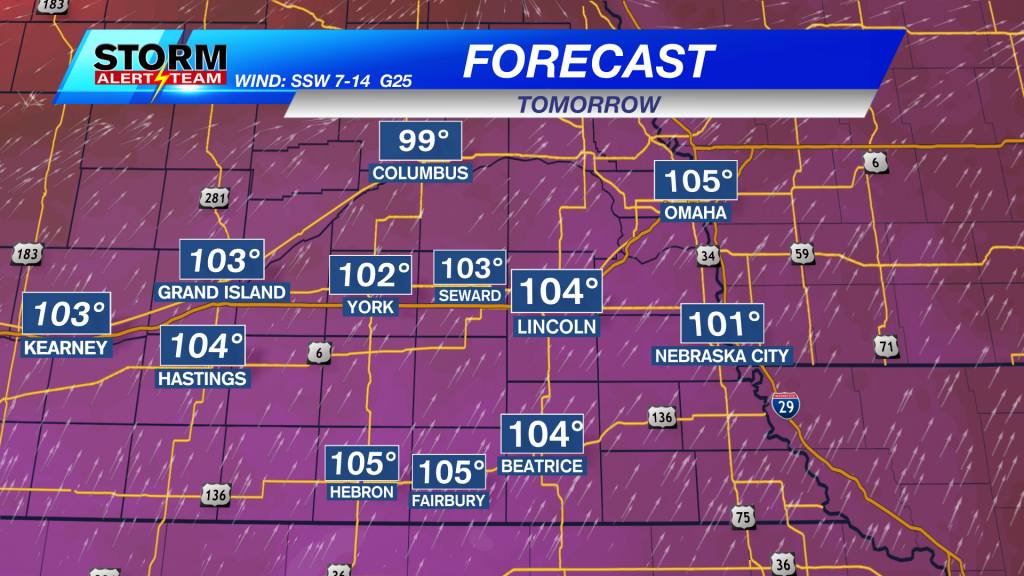 We are going even warmer Thursday as a cold front begins to slowly move through the state.  Just ahead of the front, the air will compress and quickly warm.  High temperatures will be in the middle to upper 90°s north of the front.  South of the front, especially I-80 and south, will have temperatures surpassing 100°.  I think temperatures will top out between 100° and 105°.  I’m forecasting 104° in Lincoln which will break the current standing record – 101° set in 1918. 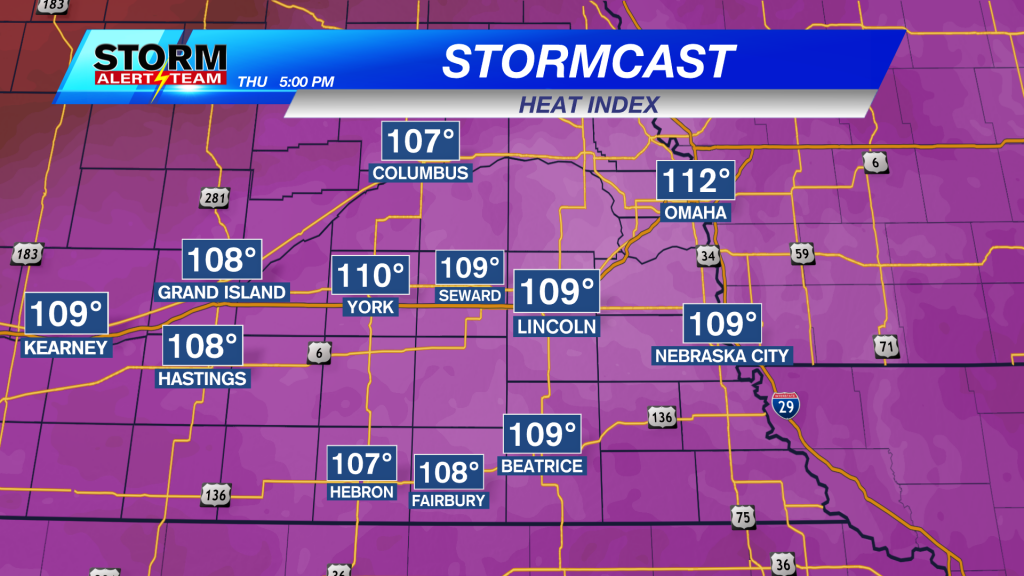 Now, factor in dew point temperatures in the 60°s to lower 70°s Thursday and the heat index will jump to 105° to 115°.  It is a good day to limit outdoor activities, especially in the afternoon and early evening.  If kids have baseball and softball games, make sure they have ways to cool down. 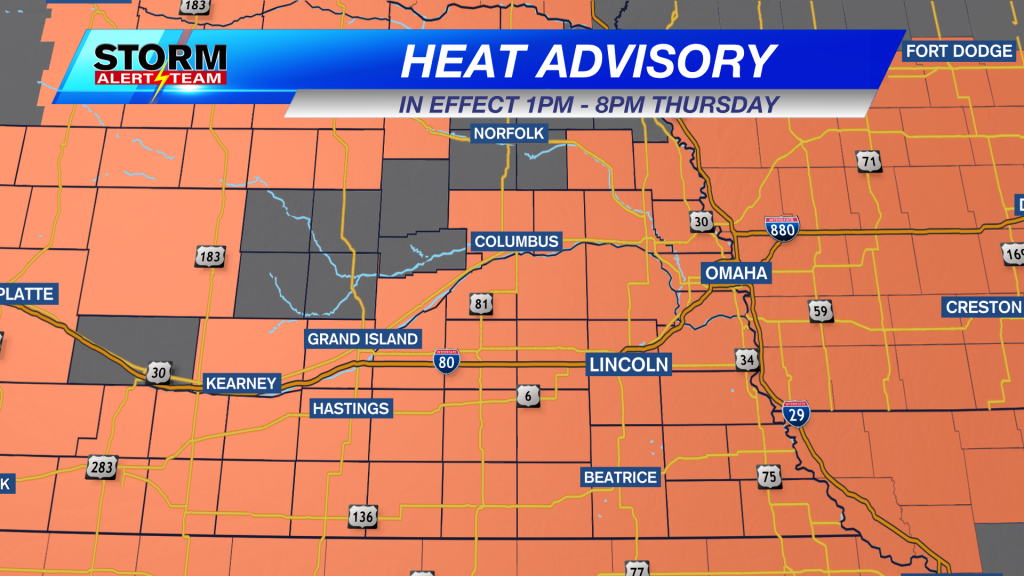 Because of the heat and humidity the National Weather Service has issued a Heat Advisory that will be in effect from 1 p.m. to 8 p.m. Thursday.

The front is projected to stall near the Nebraska/Kansas state line Friday.  Friday high temperatures will be in the lower 90°s north of the cold front.  Immediately south of the front, temperatures will again be near 100°.  There will be a chance for an isolated thunderstorm Friday.