After a very hot Saturday, relief is not too far away. A cooler air mass will arrive in southeast Nebraska on Sunday in the form of a very slow-moving cold front.

The front will be positioned in central Nebraska on Saturday evening. Along and behind the front, we may see some shower and thunderstorm development during the evening hours on Saturday. At this time, most activity should be to the west, near the Tri-Cities. 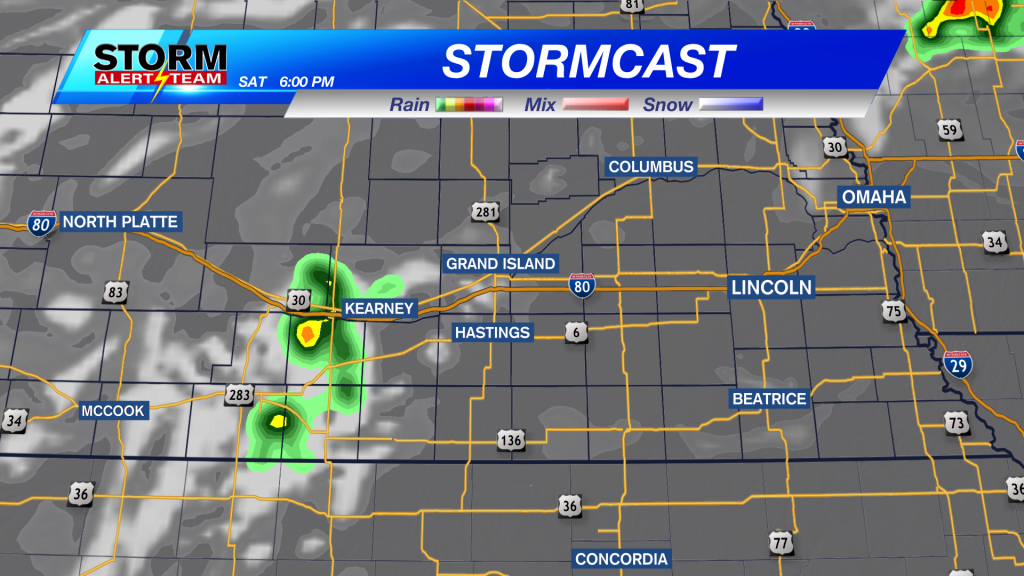 Heading overnight Saturday and into Sunday morning, the front will crawl towards southeastern Nebraska. As a result, we cannot rule out a stray overnight shower in Lincoln. We’ll increase clouds for Saturday night, with a low temperature in the middle-70s in Lincoln. 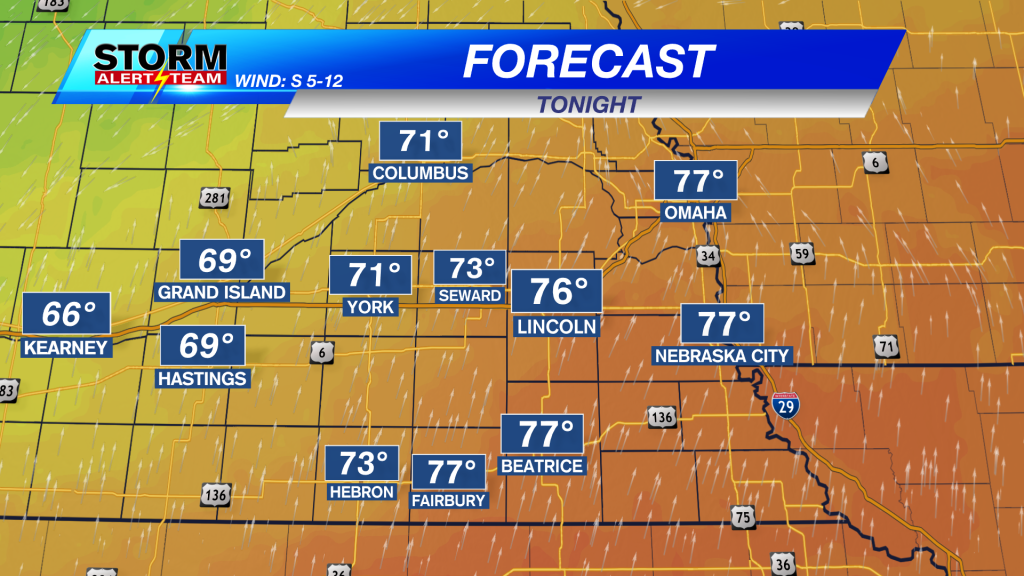 The cold front will arrive and pass through southeast Nebraska sometime on Sunday. This makes the high temperature forecast a bit tricky. Before the frontal passage, some areas have the potential the reach the middle and upper-90s. The odds of that occurring increase in far southeastern Nebraska.

However, cooler air arrives earlier in the day to the northwest. As a result, temperatures won’t likely get as warm in those areas. 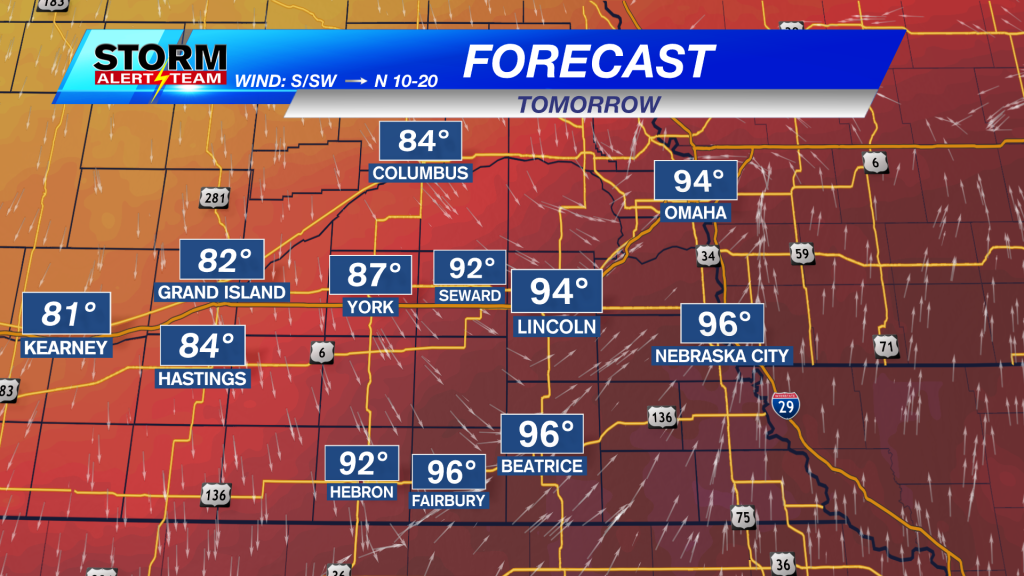 Since far southeastern Nebraska may get very warm before the front passes, a Heat Advisory is in effect from Noon to 8 p.m. Sunday for the orange-shaded counties. In these areas, the heat index may push 105°. 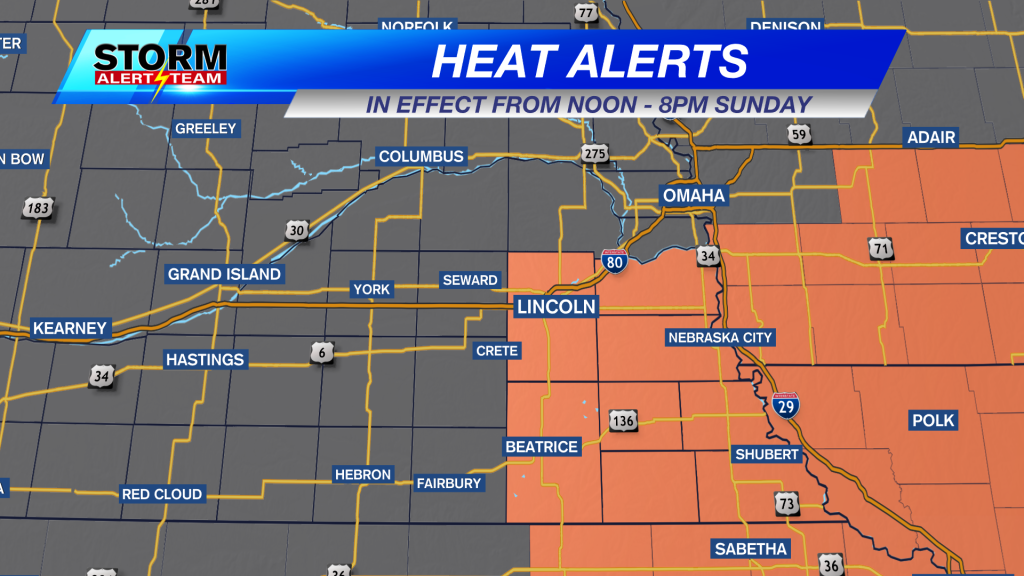 As long as we’re in the vicinity of the front, scattered showers or storms are not out of the question. However, this is not likely going to be a widespread rain event. Many will not receive a lot of meaningful rain.

We’ll feel the full effects of the cooler air on Monday, with highs in the lower and middle-80s. That said, temperatures return back into the 90s shortly thereafter.