Cooler than normal temperatures for the work week

The cool pattern continues for much of Nebraska as temperatures are expected to remain below normal through at least Thursday. 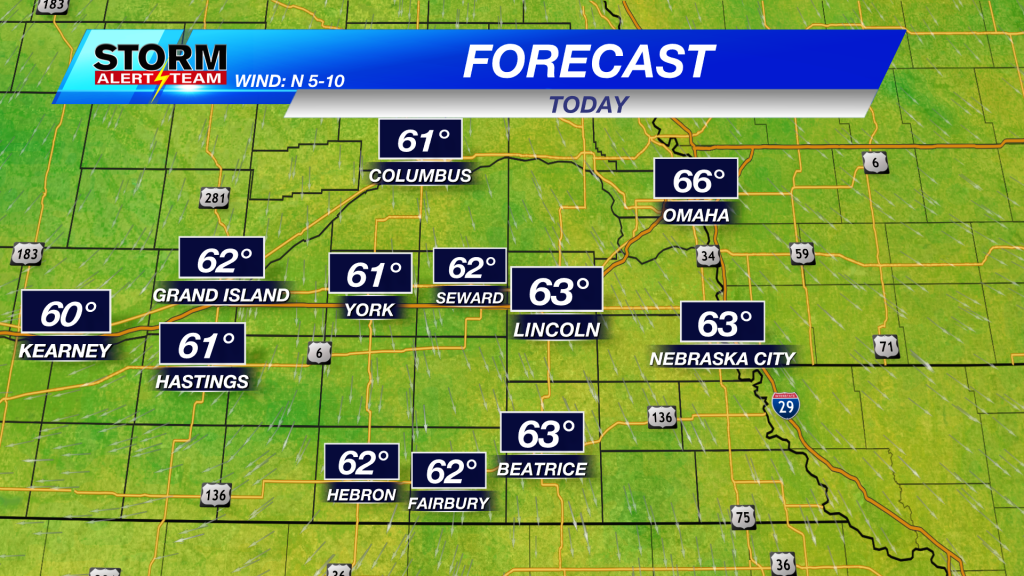 High level clouds will keep skies mainly overcast today.  High pressure over the Dakotas, Minnesota, and southern Canada will keep our winds out of the north at the surface.  All of this combined will help keep temperatures cool this afternoon.  Highs will be in the lower 60°s. 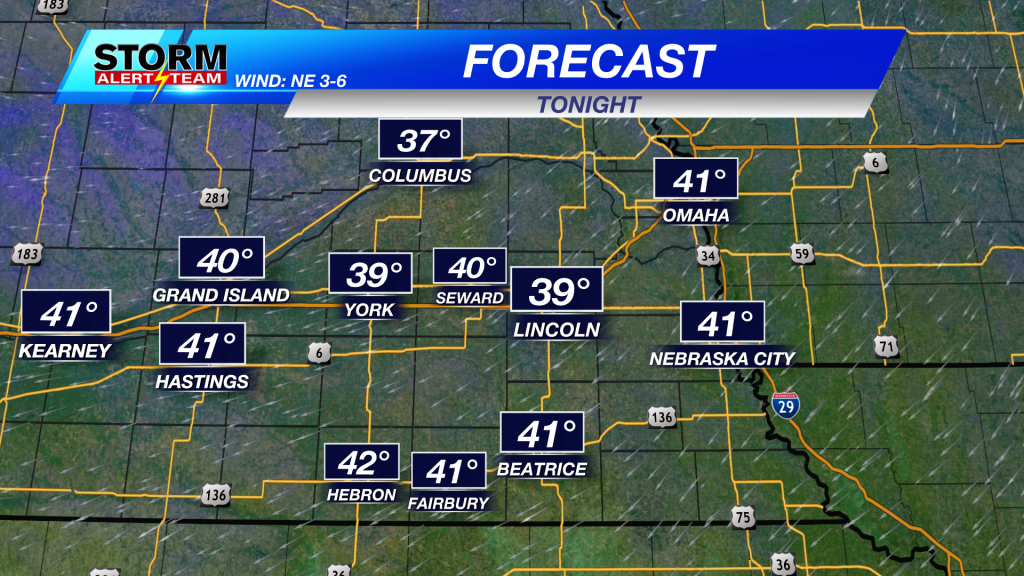 Another chilly night is expected for tonight.  Probably not as cold as Monday morning (Lincoln dropped to 35°), but lows will be in the upper 30°s to lower 40°s.

Rain chances start to increase for the end of the week.  An isolated chance Thursday, but becoming more widespread Friday through Saturday morning.

Looking long range… There are signs of warmer temperatures coming in to the area starting this weekend and continuing in to next week.  However, long range computer models suggest a daily chance for rain Monday through at least Wednesday of next week.

Warm start to the weekend; Potential for weekend rain...

Records fall; Cooling off going in to the weekend

UPDATE: Fatal crash on I-80 between Lincoln and Omaha

Intersections with the highest amount of crashes in Lincoln