The Ice Storm Warning has been expanded to include a larger area and will be in effect into Tuesday. In the shaded area, a quarter-inch to half-inch of ice accrual will be possible due to freezing rain. Travel will be difficult to impossible in these areas. 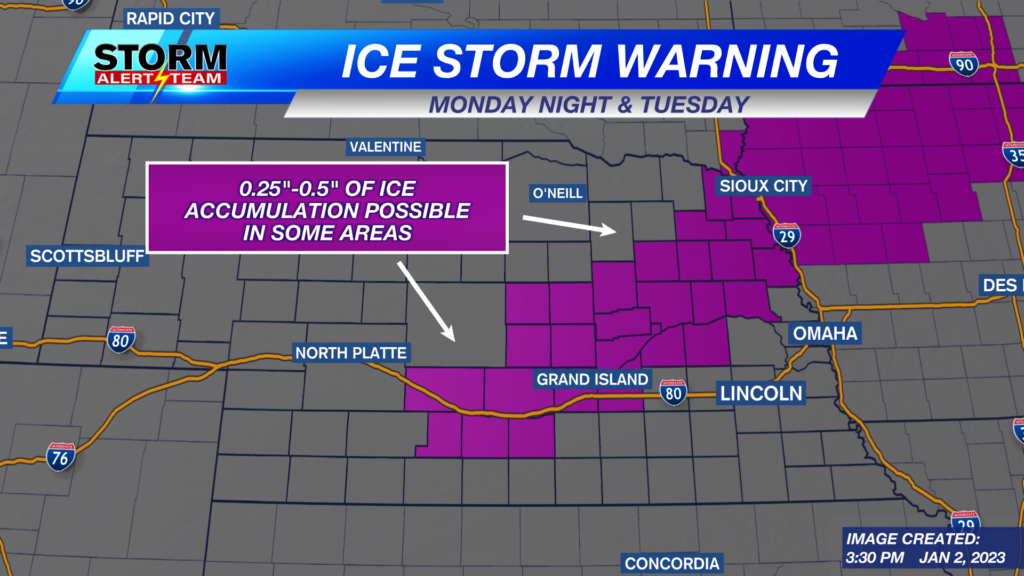 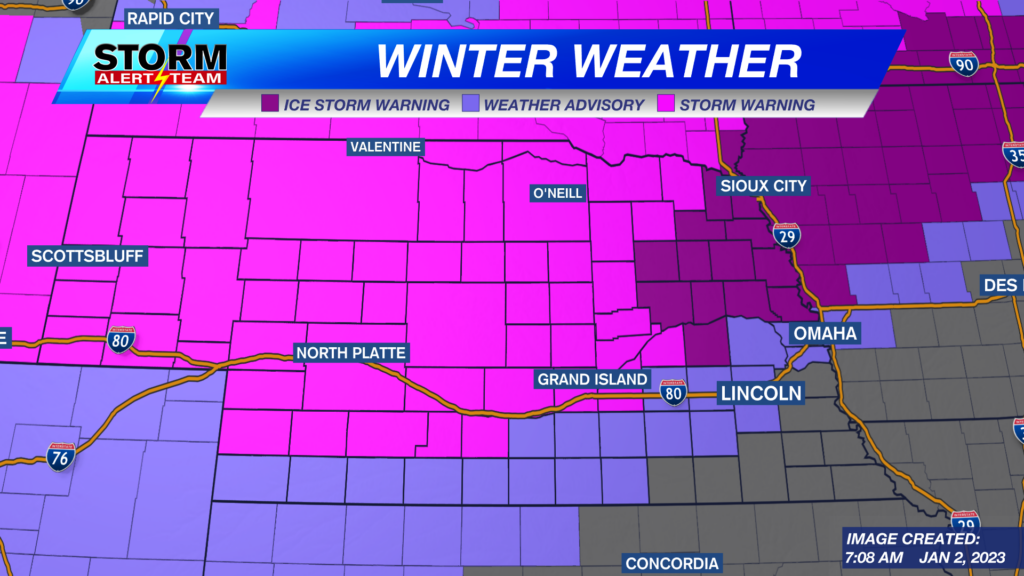 As of Monday morning, precipitation was ongoing in western Nebraska. This will spread east through the morning. Lincoln may be just warm enough to see plain rain for most of the day. However, freezing rain will be a better bet not too far to the northwest. Go even farther northwest, and we’ll be dealing with snow. 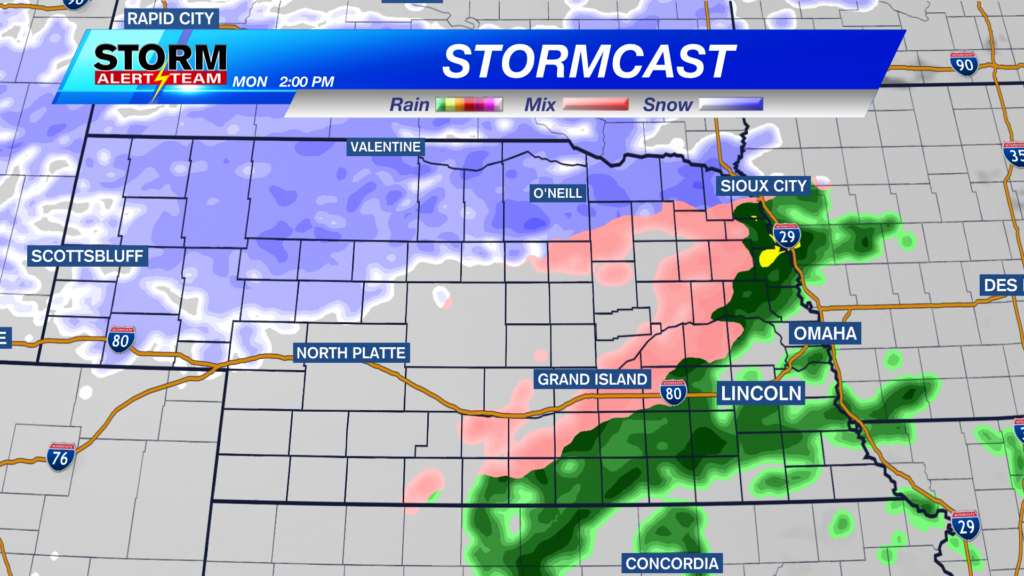 Lincoln’s highest precipitation chance will be during the afternoon and evening. You may even hear a rumble of thunder. It should be pointed out that it may not be raining at any point. 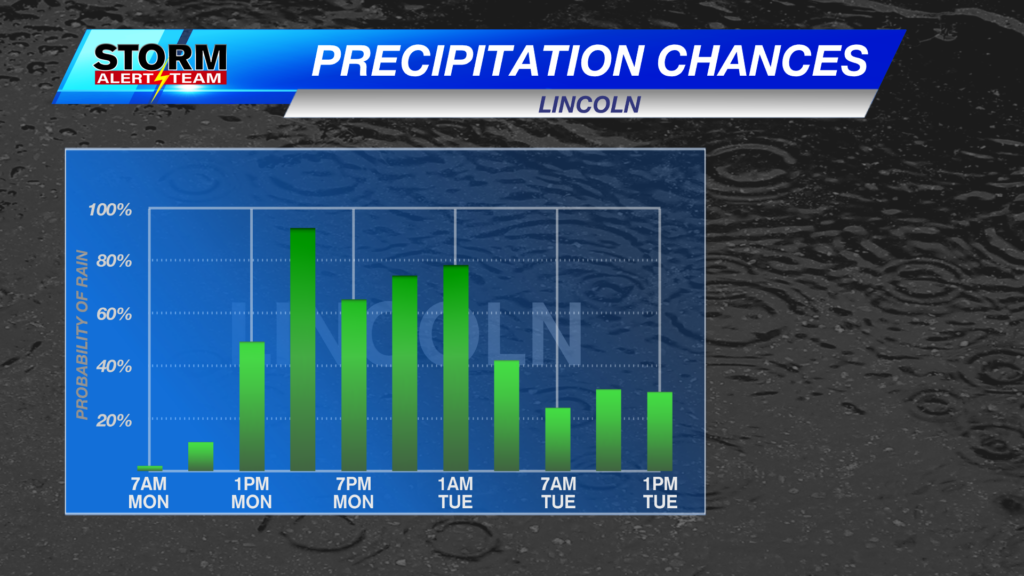 As Monday night progresses, colder air will be moving through the state. As a result, we’ll see a gradual transition to snow from west to east overnight Monday and into Tuesday. By Tuesday afternoon, the eastern part of the state may see some snow showers. 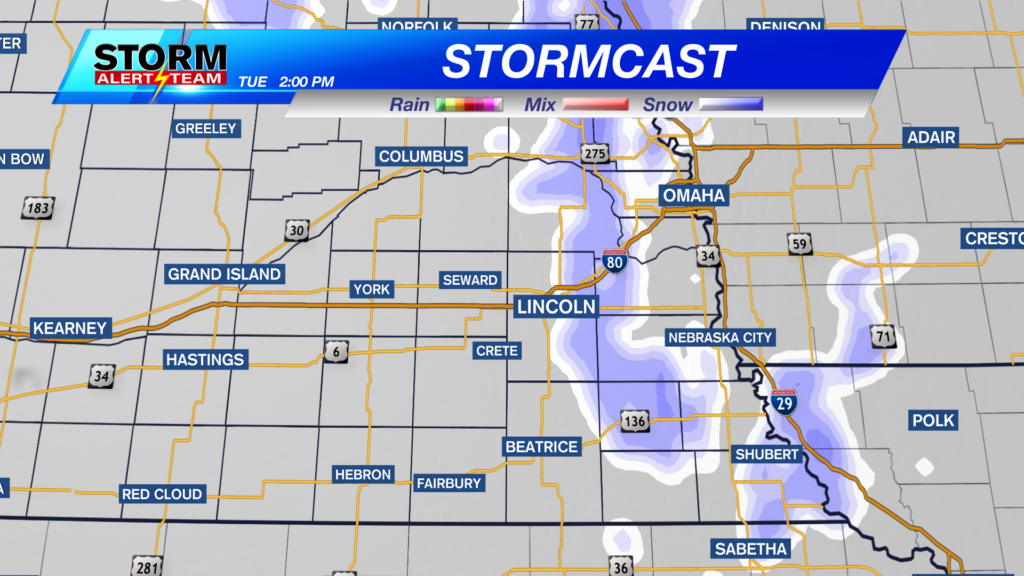 Freezing rain will be an issue on Monday for portions of central and northeast Nebraska. The highest ice totals will likely be found from areas near the Tri-Cities, up to northeast Nebraska. In some areas, anywhere from 0.25″ to 0.5″ of ice is possible. That would definitely cause issues on the roads and perhaps some power outages. 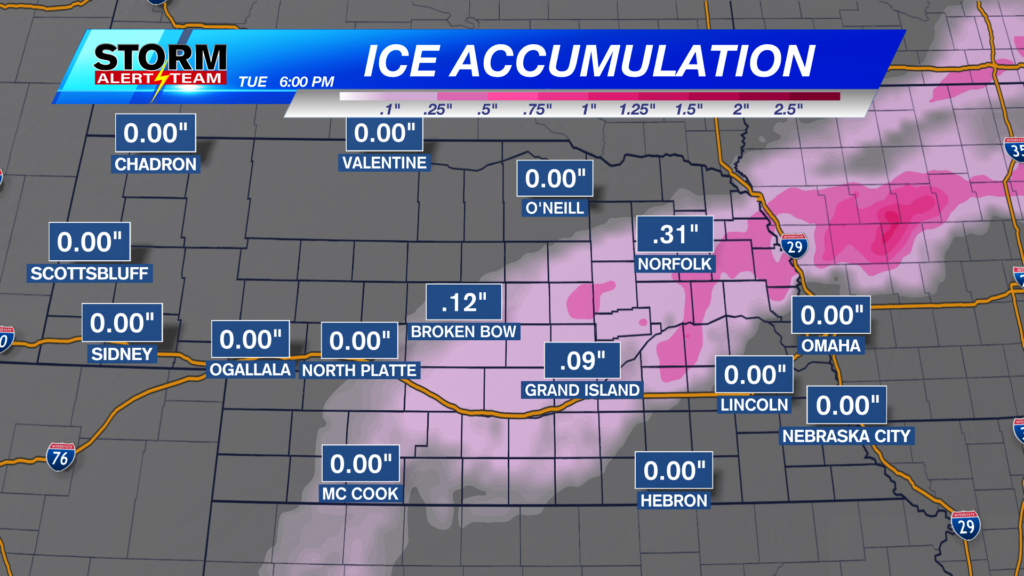 While this version of Stormcast shows no ice accrual in Lincoln, we can’t rule out a light glaze if temperatures are cold enough. Most ice accumulation should be to the northwest of Lincoln.

Some areas of 12″+ will be possible in northern Nebraska through Wednesday, and that is where we expect the most snowfall. Amounts will decrease as you go farther south and east. 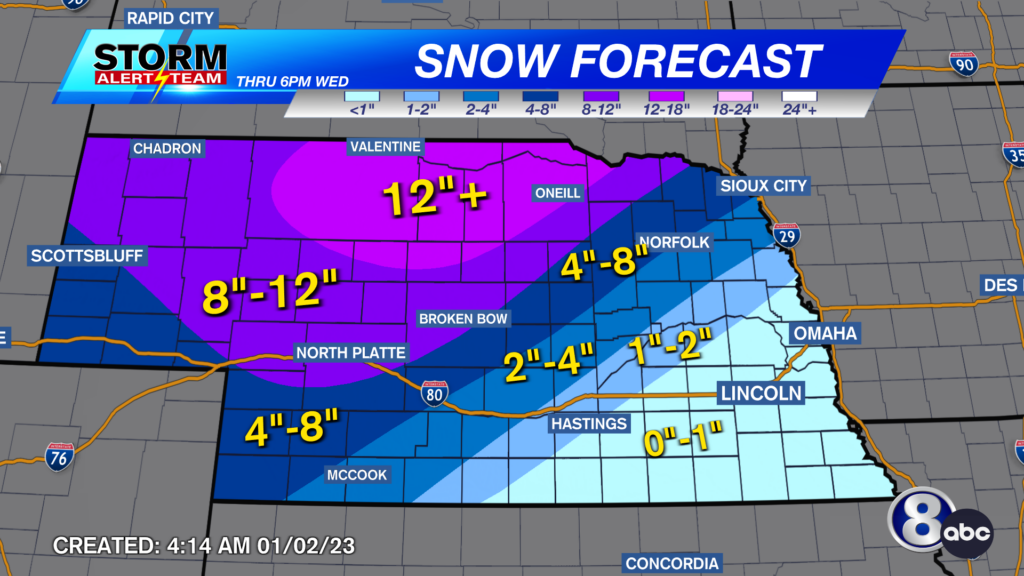 Lincoln is in the 0-1″ range, and none of that snowfall would happen on Monday. Any light accumulations seen in southeast Nebraska would happen as snow showers pass through on Tuesday and Wednesday. Even so, 0″ is the lower end of this range, so there is not a guarantee to see accumulating snow in Lincoln.

As far as temperatures are concerned, Lincoln and areas southeast may reach the upper-30s to low-40s. However, it should be a bit cooler farther northwest. Unsurprisingly, freezing rain will be a better bet where highs are closer to the freezing mark on Wednesday. 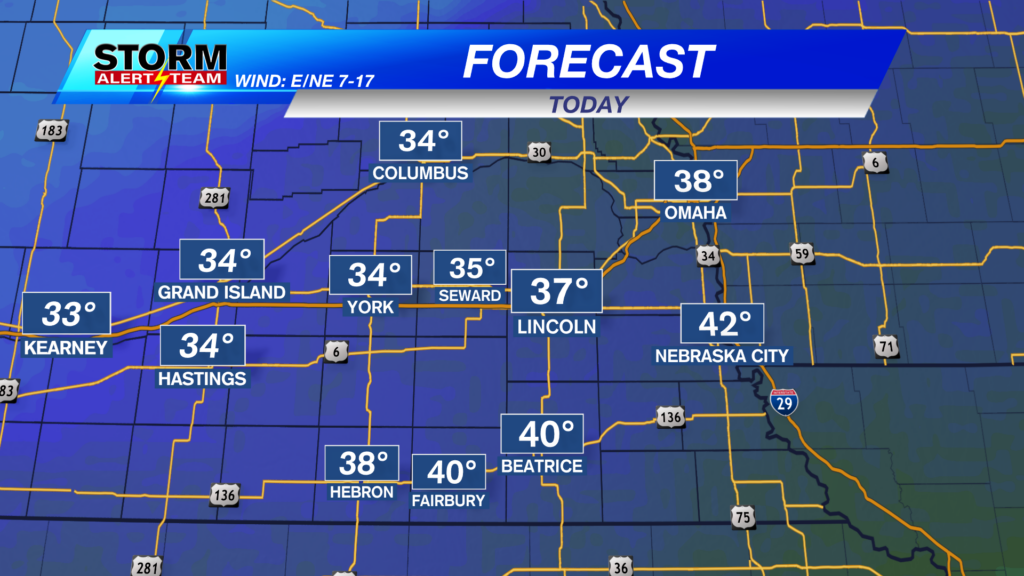