We will have another night with fog spread around southeast Nebraska, dropping visibility to less than a mile at times.  Temperatures will remain below freezing, thus freezing fog will be likely through Thursday morning.

A cold front is forecast to pass through the state Wednesday evening through early Thursday morning.  Along the front, rain showers will be possible.  However, I believe what rain falls will be light.  Cold air will quickly usher in behind the front, changing precipitation over to snow. 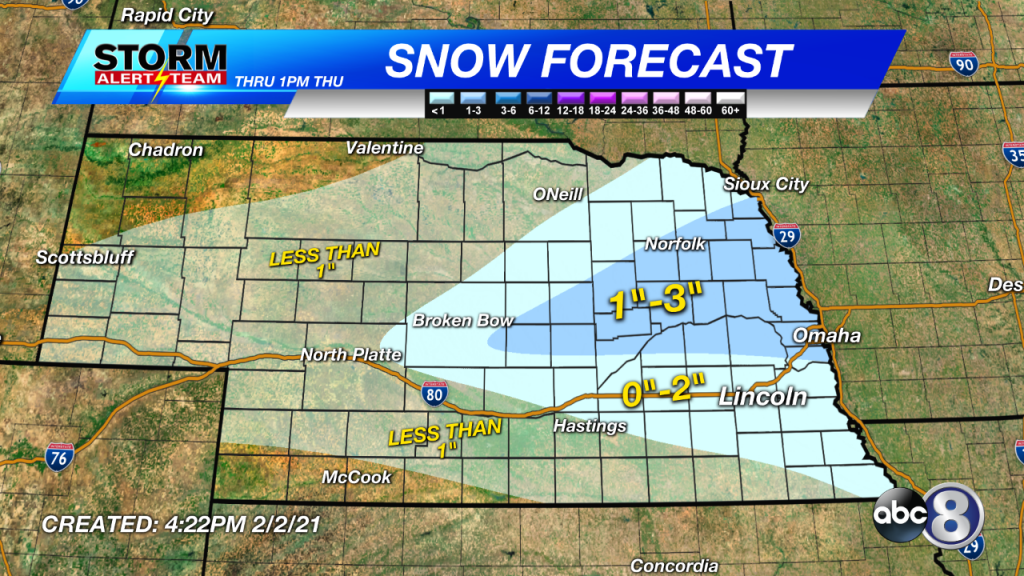 While snow accumulation looks likely, it should not amount to high amounts.  I’m looking for between a dusting to 2″ of snow in Lincoln.

TONIGHT:  Cloudy with freezing fog.  Lows will be in the middle 20°s.

WEDNESDAY:  Fog lingering in the morning.  Otherwise, mainly cloudy and breezy.  Highs in the upper 30°s to lower 40°s.

THURSDAY:  Morning snow showers.  Cloudy and windy.  Highs in the low 30°s and falling through the afternoon.  Winds will gust 35-45 mph.