The cold front that was moving towards the area has washed out, taking with it the chance for a thunderstorm this evening.  Instead, it is going to remain mild and humid over night.  Under mostly clear skies temperatures will drop to the middle 60°s to lower 70°s. 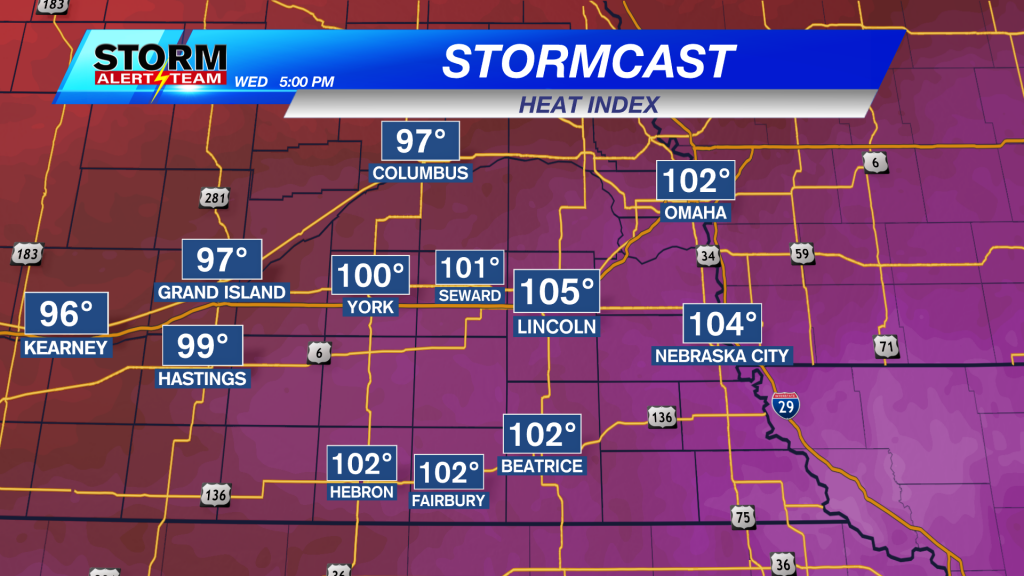 It will remain humid Wednesday – dew points in the 70°s – and the air temperature should tick up a few more degrees.  Highs will be in the lower to middle 90°s.  This will take heat indices to as high as 98° to 107° during the afternoon. 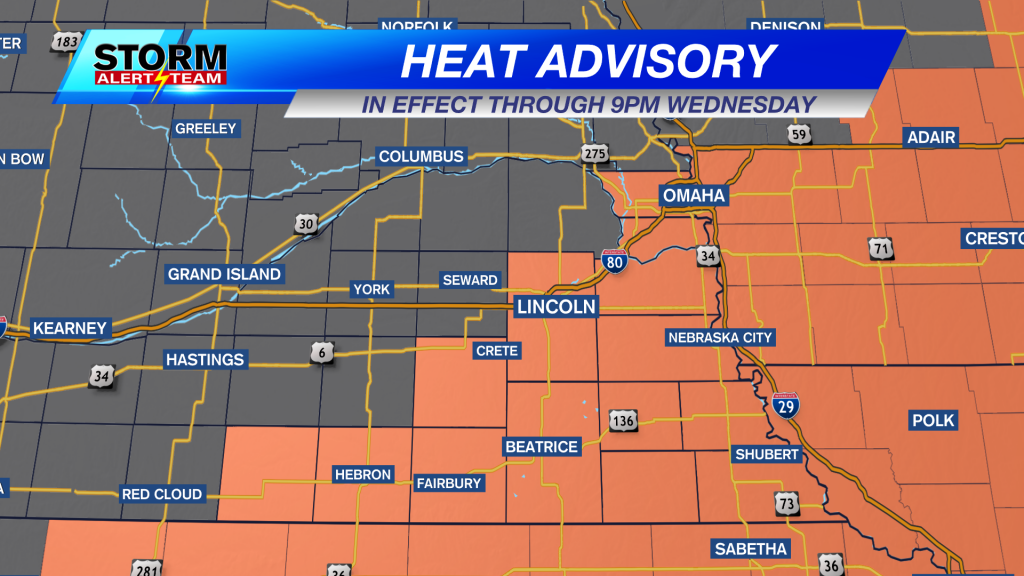 Because of this, the National Weather Service has extended the Heat Advisory for much of southeast Nebraska to Wednesday evening.  I think we could see it extended in to Thursday as peak heat indices will again be around 105° or higher. 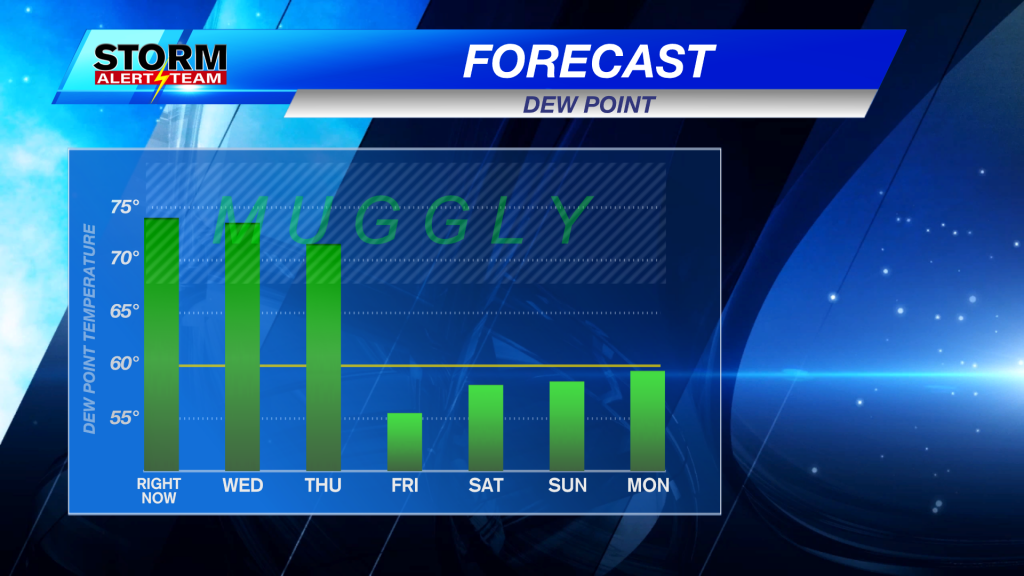 There is a break from the heat and humidity coming our way Friday.  Upper-level high pressure will push back to the west and a cold front will pass through.  Dew points will drop from the middle 70°s Thursday, to the low 60°s Friday, to the upper 50°s to around 60° this weekend. 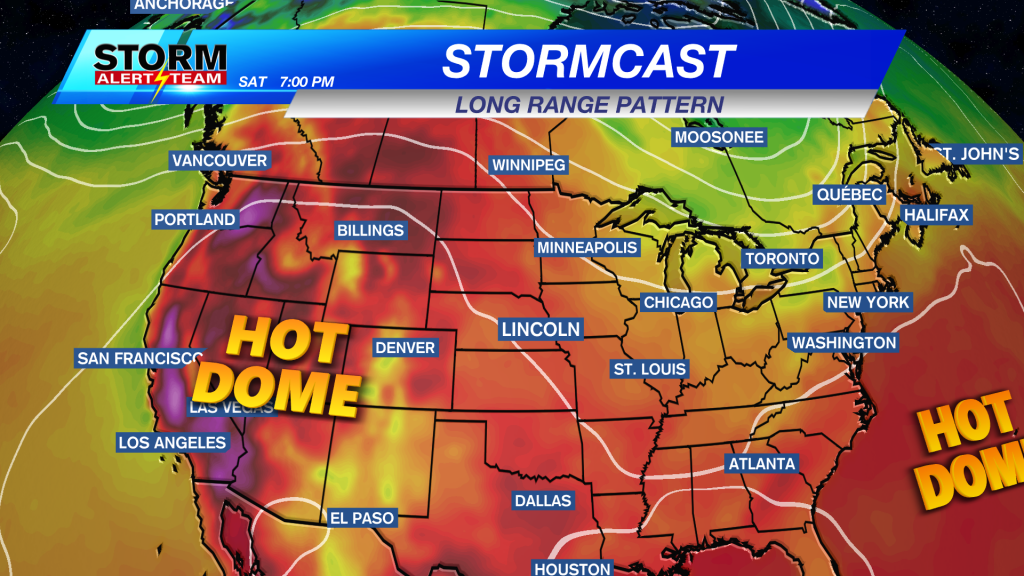 As the upper-level high (also known as the “hot dome”) moves west, it will eastern Nebraska up for a pattern called the “Rim of Fire”.  This is where thunderstorm complexes develop on the north, northeast, and eastern side of the upper-level hot dome.  We would be in prime position for storms to develop over northern Nebraska/southern South Dakota and then dive south/southeast through eastern Nebraska Saturday night.  It is something we’ll keep an eye on over the coming days.

Going back above freezing this weekend