Sunday topped out with temperatures in the mid 30s and 40s in a few spots near Hebron and toward Grand Island. As we turn to look into next week, be prepared.

The beginning of Christmas week will be the start of our downward slope into MUCH colder weather. Temperatures will still be bearable as we attempt to climb back into the 30s, but clouds will hang tough throughout the day. 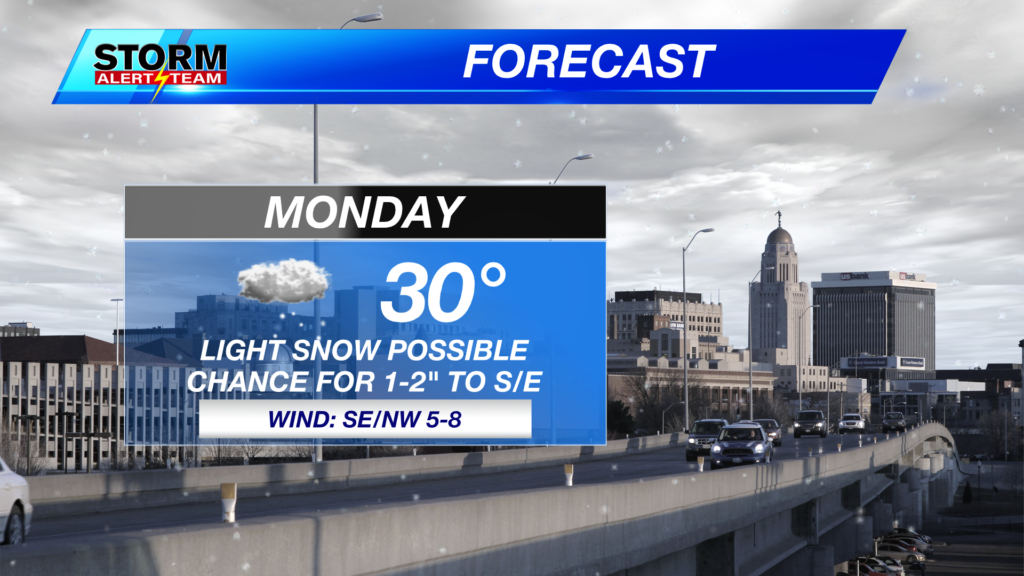 Light snow is possible by Monday morning’s commute, but accumulations will be minor for most of the area. Southeast Nebraska and cities along the Missouri could see up to 2″ with this round of snow, but light freezing rain at times could ruin those chances. Overall, the better chance for snow is later this week. 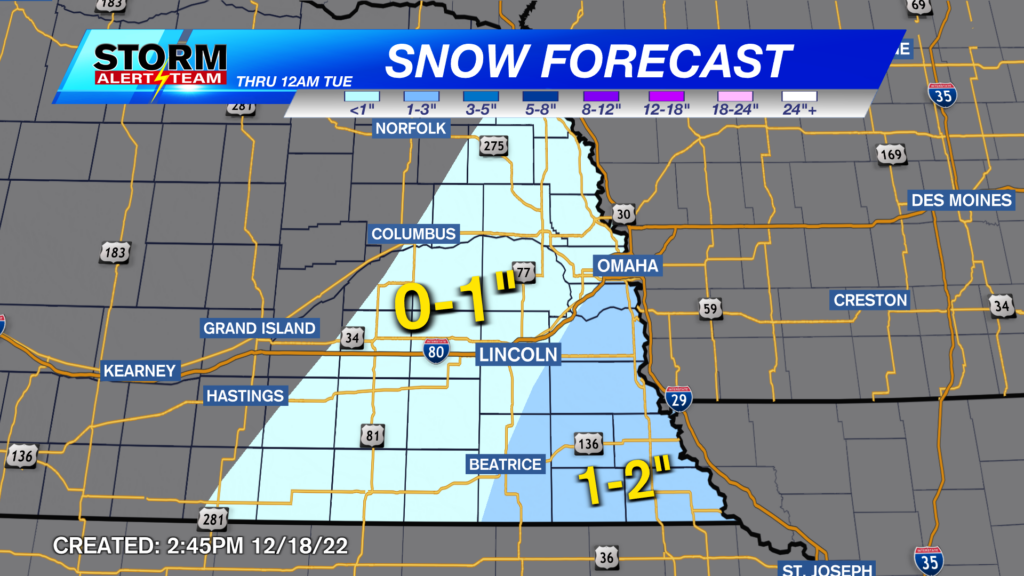 The arctic air will soon be knocking on the doorstep as Wind Chill Watches have expanded into the Panhandle, especially for Wednesday and Thursday. Wind chills for northern Nebraska by Monday and Tuesday could be 20° below zero, but by Wednesday and Thursday, temperatures will feel like about -40°F.

Far western Nebraska, with snowpack and wind, could see wind chills of -50 to -65°F by the end of the week. Dangerous temperatures such as these can easily result in frostbite in 30 minutes or less. 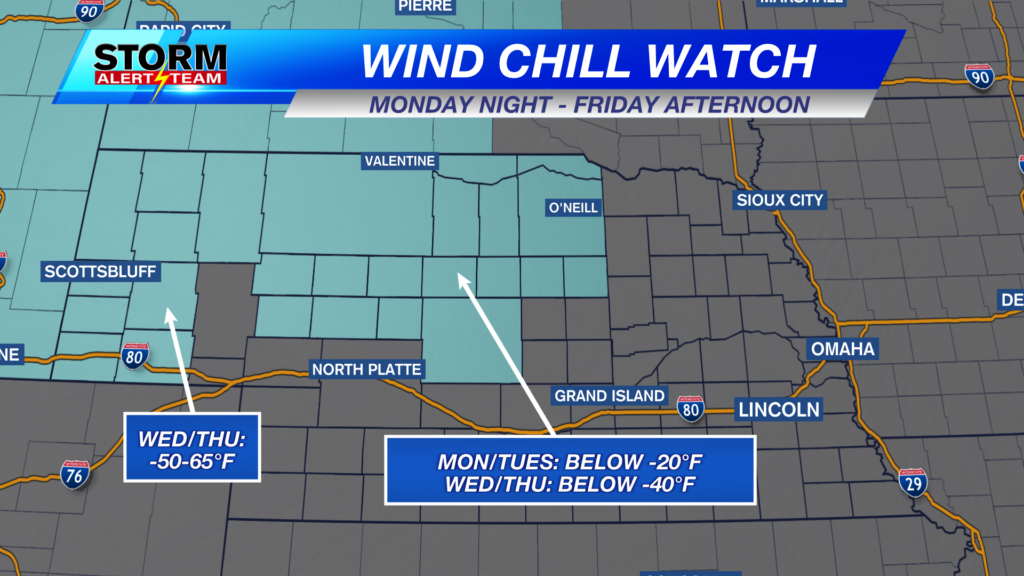 As for Lincoln and southeast Nebraska, dangerous wind chills are also possible. Wind chills will be at their lowest Thursday and Friday mornings, and we will take some time to return to comfortable high temperatures. 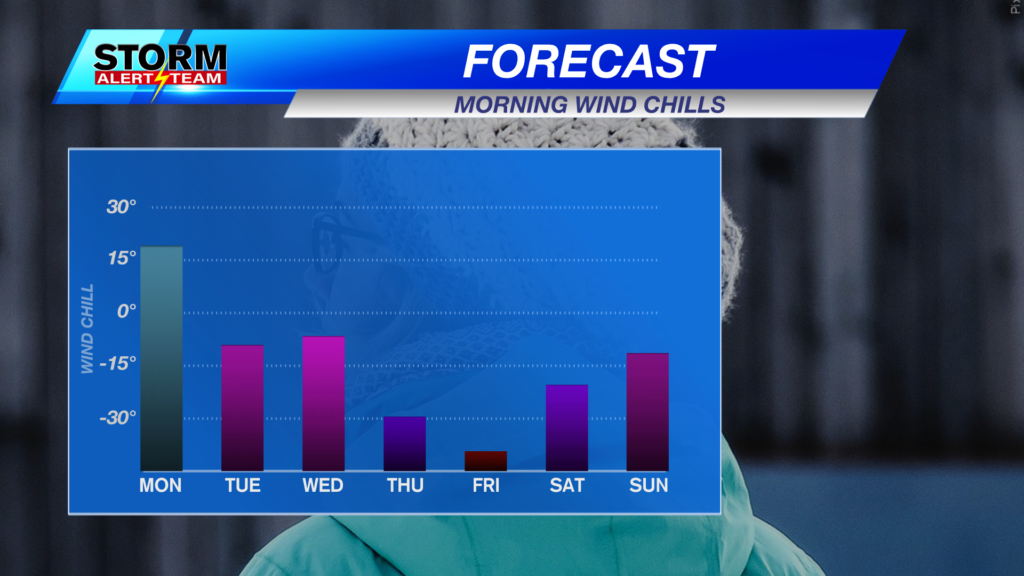 With some snow potential Wednesday into Thursday, there is a chance with the cold weather that we could have snow on the ground for Christmas. Other than that, it’ll be a cold holiday with highs in the upper teens and lower 20s.