Skies become mostly clear overnight. Temperatures should drop quickly with light winds through most of the night. Lows should be in the middle 20°s to lower 30°s with most ares dropping below freezing. 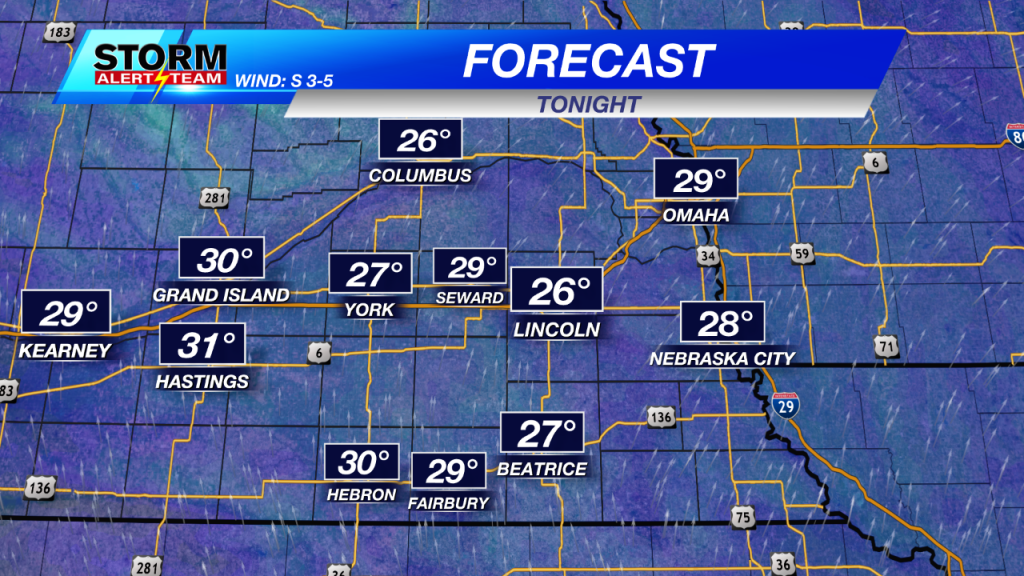 Lincoln may come close to tying the record low temperature Thursday morning.  The current standing record is 25° set in 1992.

One thing we have to watch is winds shifting around to the south a couple hours before sunrise, which could cause temperatures to warm a couple degrees after 5 a.m.  Having said that, temperatures could be at or below freezing from near midnight through 6 a.m. Thursday. 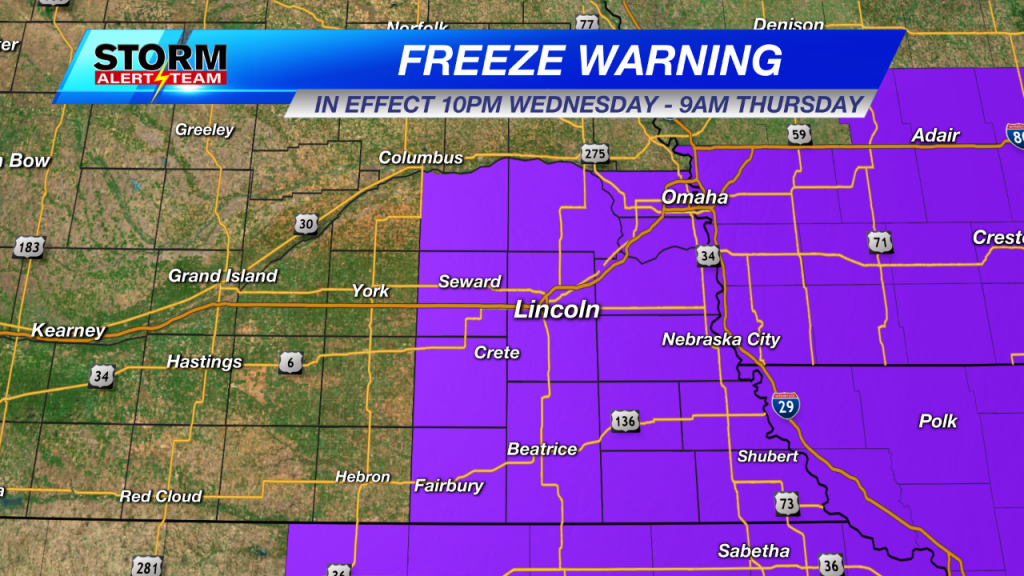 A Freeze Warning is in effect from 10 p.m. Wednesday through 9 a.m. Thursday. 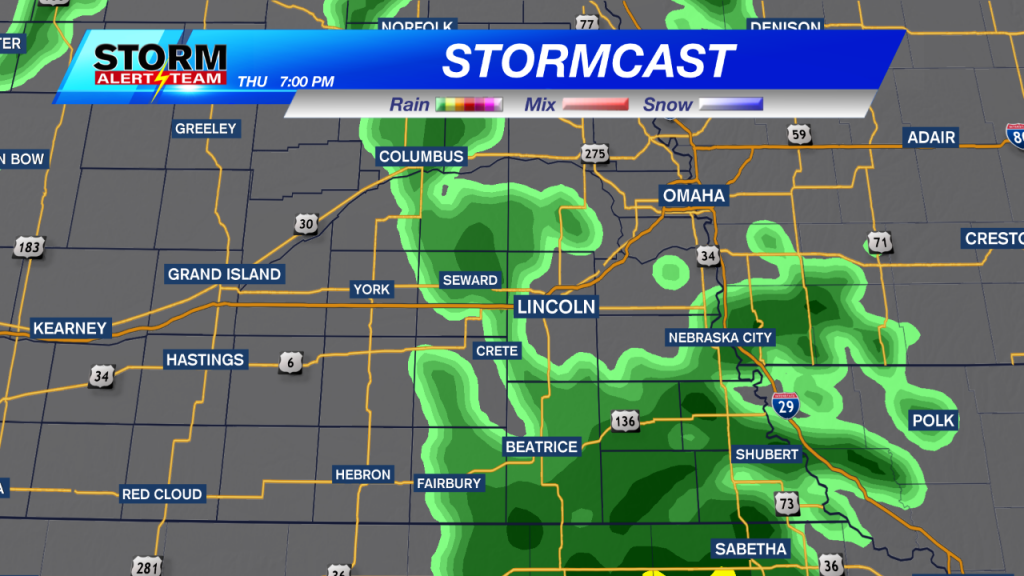 While we start Thursday morning with sunny skies, clouds will be quickly on the increase through mid/late morning, turning skies partly sunny to overcast by early afternoon. Along with the clouds, scattered showers look possible late afternoon through the evening.  Rainfall amounts look to be light.

Clouds will limit warming Thursday afternoon. Highs should be able to get back to the lower to middle 50°s. 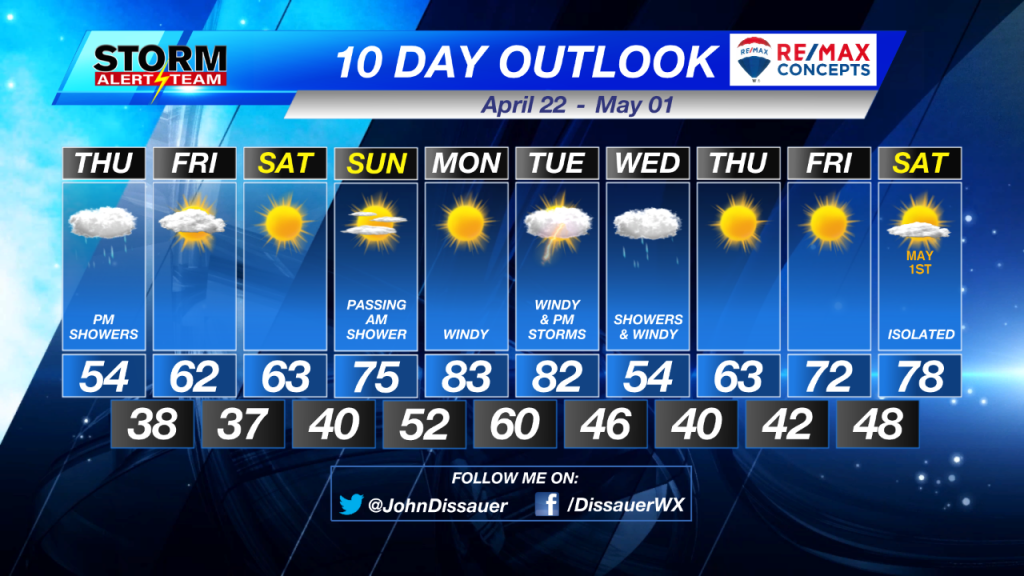 Warmer weather is coming for Friday and through the weekend as highs get back to the lower 60°s Friday and Saturday. Sunday will start with a chance for a passing shower as a warm front passes through the region. Then skies clear, winds increase out of the south, and temperatures begin to climb. Highs will be in the middle 70°s.