Cloudy, foggy, misty, and drizzly are all great words to describe Monday’s weather. Many areas are waking up to fog on Monday morning, which is accompanied by mist and drizzle.

For areas near the freezing mark early Monday, there may be some patches of freezing fog or drizzle. The areas that have the best chance of seeing this will be north of Lincoln. 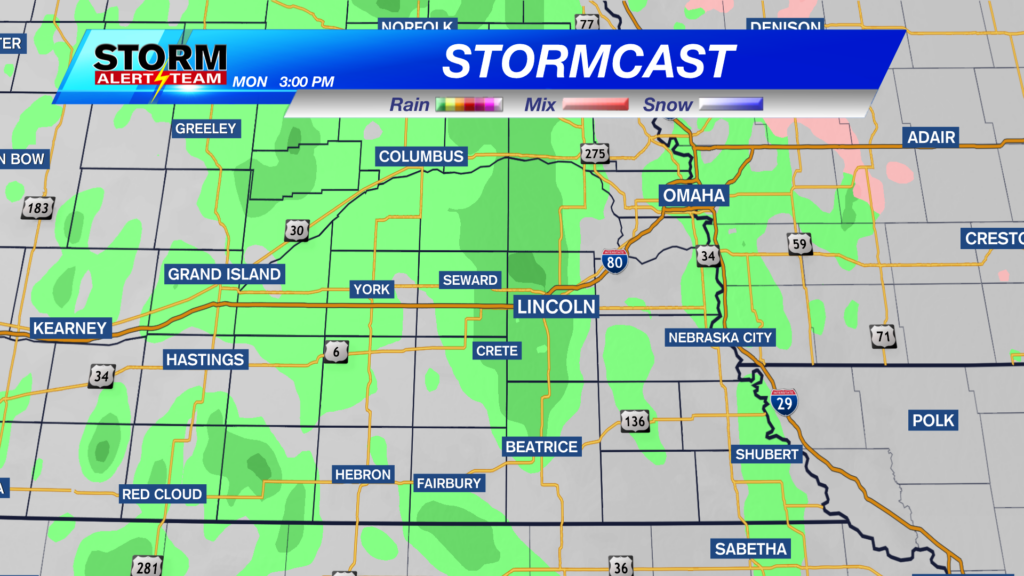 Precipitation rates will be very light all day on Monday, with just enough moisture to allow the fog and drizzle to remain through the afternoon and evening. As a result, temperatures will struggle to reach 40° in Lincoln. It will also be breezy. 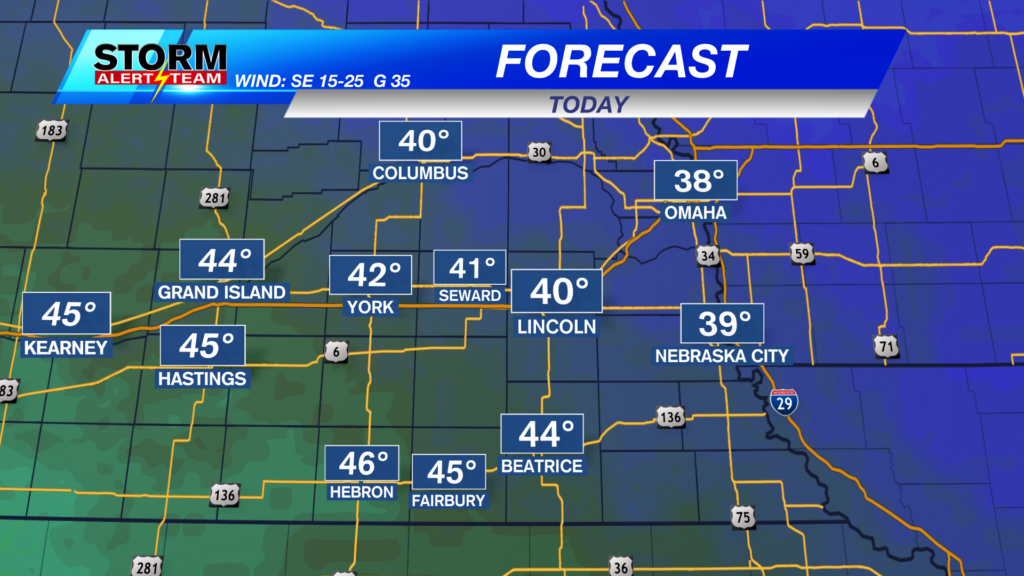 However, a deeper pocket of moisture and some elevated instability will arrive late Monday. The combination will allow for heavier rain to arrive closer to midnight, lasting into Tuesday morning. 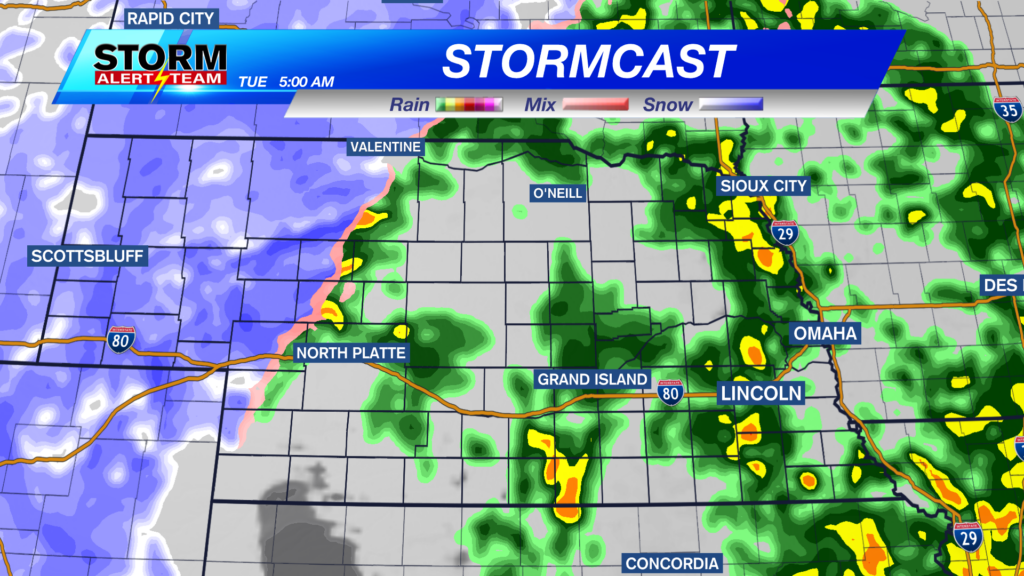 Shower and storm chances will continue through about lunchtime on Tuesday before drying out. In fact, skies may be able to clear on Tuesday afternoon, which will help push temperatures into the upper-40s to low-50s.

Meanwhile, a major storm system will be unfolding in the Panhandle starting Monday night. Blizzard Warnings are in effect for all of the Nebraska Panhandle. Blowing snow will be an issue in western Nebraska, and accumulations will likely be measured in feet. Travel will be very difficult or impossible in the Panhandle. 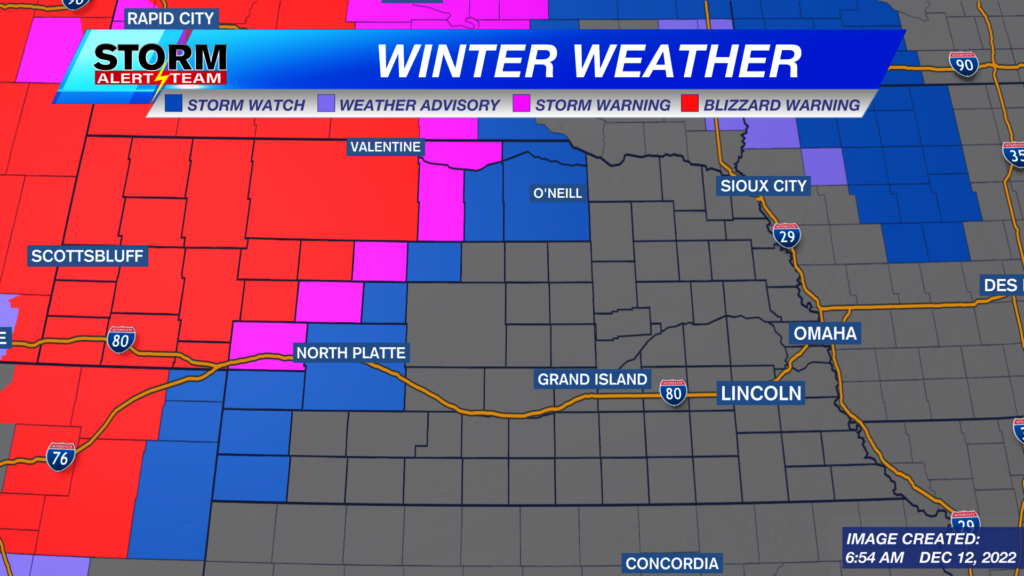 Some of those snow showers will attempt to slide into southeast Nebraska on Wednesday and Thursday. At this time, any accumulations appear very light in eastern Nebraska.