An area of low pressure is tracking very close by early Monday, and it is bringing showers to some. These showers are not big rain producers, so we don’t expect a lot of accumulation for areas able to see them. Nevertheless, don’t be surprised if you come across some raindrops during the morning. 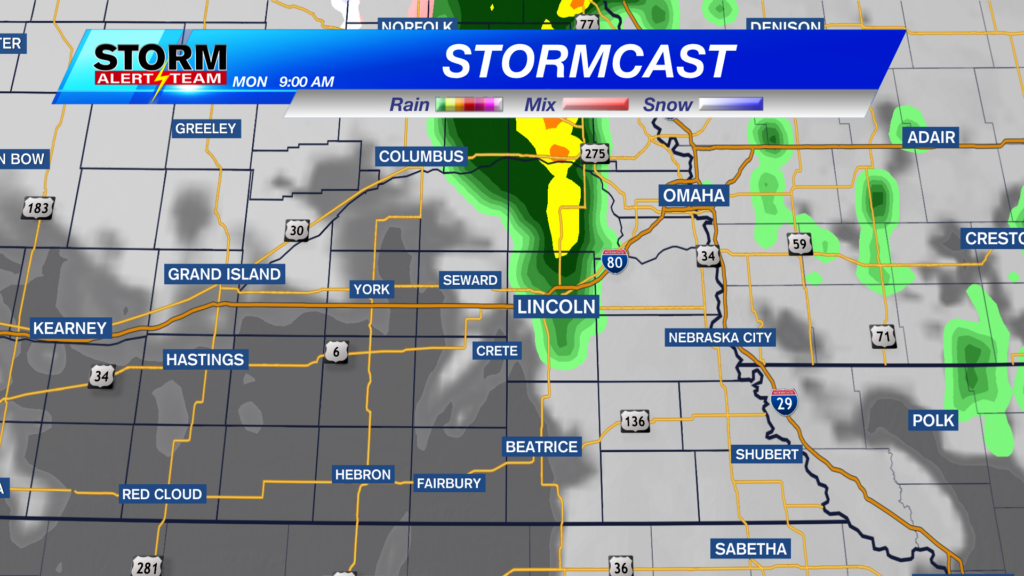 These showers are only a possibility during the morning and will exit by the afternoon. We expect partly to mostly cloudy skies during the second half of the day, with a better chance of hanging onto some low clouds the farther north you travel.

While temperatures may drop to the upper-30s and low-40s in Lincoln during the morning, afternoon temperatures should rebound to the mid-40s. It will likely be a few degrees warmer to the south and cooler to the north on Monday afternoon. 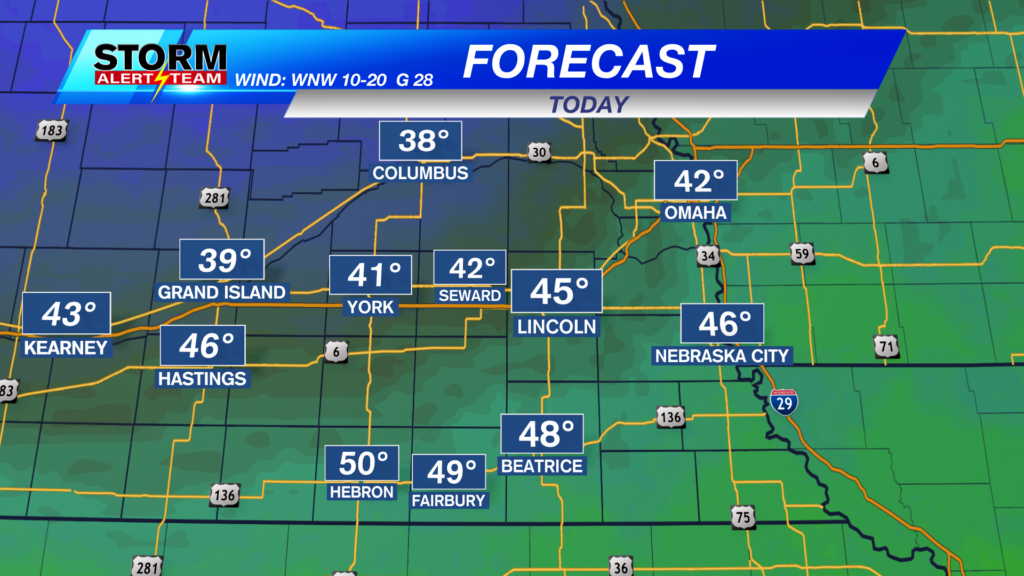 Winter Storm Watches have been issued for much of the state, with Lincoln on the southern edge of the Watch. This indicates an increase in confidence for an impactful snow event Tuesday Night heading into Wednesday. 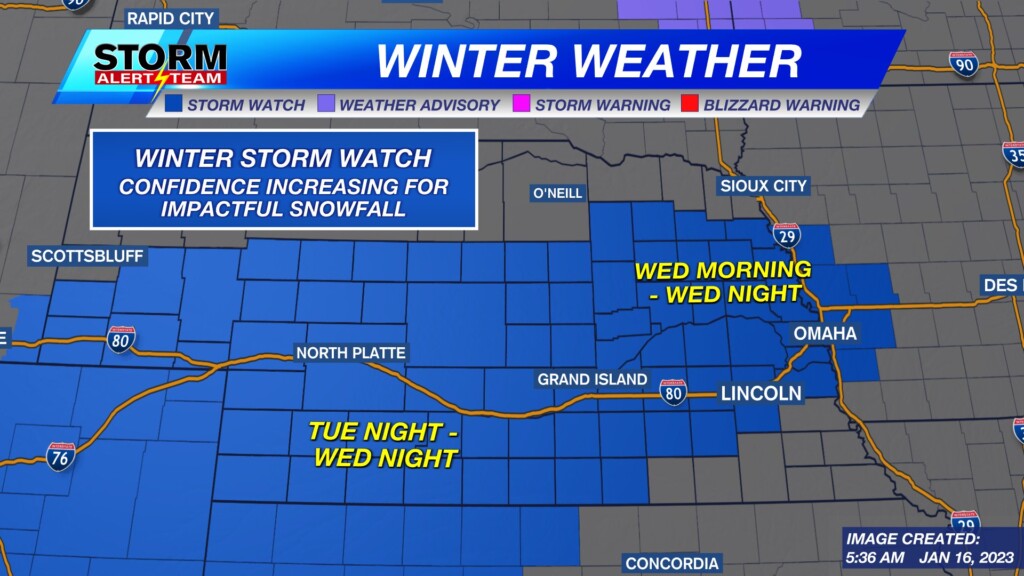 While a wintry mix and/or snow appears likely for many on Wednesday, there are still a few things to keep in mind:

We’re still holding off on discussing specifics in terms of accumulation until we get a better idea of the finer details. But if you have any outdoor/travel plans on Wednesday, I would suggest keeping a close eye on the forecast.