The State Patrol has performed 156 motor assists in the cold temperatures.

FEBRUARY 13, 2021 (LINCOLN, NEB.) — Troopers with the Nebraska State Patrol (NSP) responded to more than 200 weather-related incidents on Friday. As the weekend begins, NSP advises all motorists to be prepared for adverse weather conditions, including extremely cold temperatures and wind chills over the next several days.

On Friday, troopers responded to 34 crashes, performed 156 motorist assists, and assisted other agencies with 17 additional calls for service. Troopers will be prepared all weekend to help motorists in need of assistance throughout the state. “Nebraska’s winter has been relentless in recent weeks,” said Colonel John Bolduc, Superintendent of the Nebraska State Patrol. “As the extreme cold carries throughout the weekend, with more snow expected across much of the state, it’s imperative that travelers are prepared in case they become stranded.” 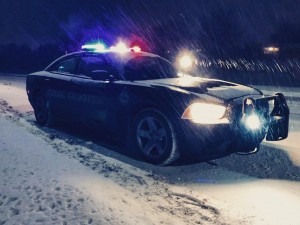 If you become stranded on the road, stay with your vehicle and call for help. The vehicle is the best shelter from the elements and is the easiest thing for emergency personnel to spot while looking for a stranded motorist. Any motorist who becomes stranded can call the NSP Highway Helpline at *55 or 800-525-5555 and speak directly with an NSP dispatcher.

On Friday at approximately 10:30 a.m. MT, an NDOT snow plow operator was injured in a crash that occurred near Potter. The crash occurred while the operator was plowing the passing lane of westbound I-80, near mile marker 32. The plow was struck from behind by a semi, causing a chain reaction crash with two additional vehicles. The plow operator was the only injured party and was transported to the hospital with non-life-threatening injuries.