Absolutely fantastic weather around southeast Nebraska Tuesday afternoon.  Another sunny skies allowing temperatures to climb 10°+ above normal for the date. 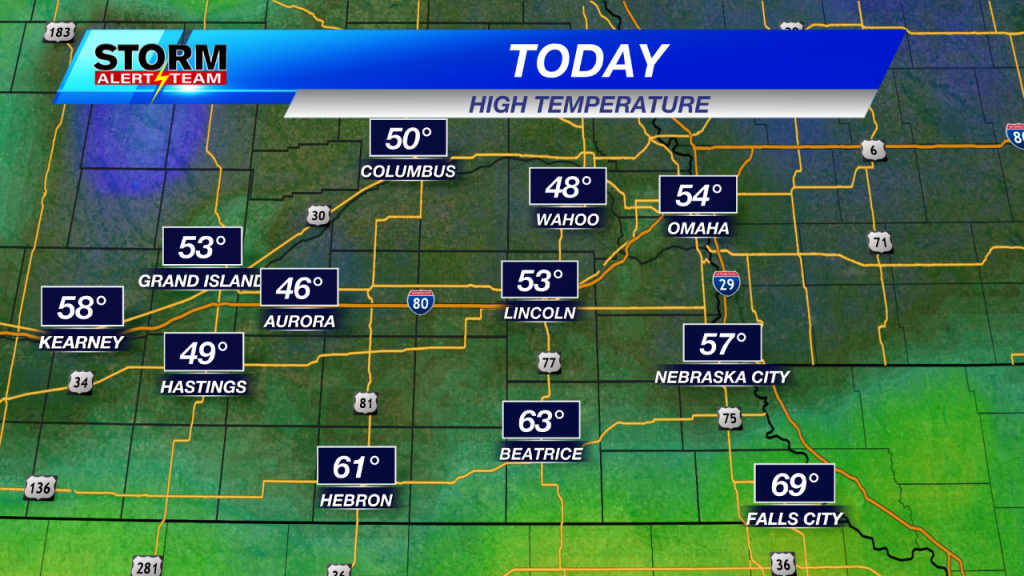 There was a wide range in temperatures thanks in part to snow on the ground.  However, some locations were pushing 70°s during the day.

A cold front is passing through the state Tuesday evening.  Winds are shifting around to the northwest behind the front. 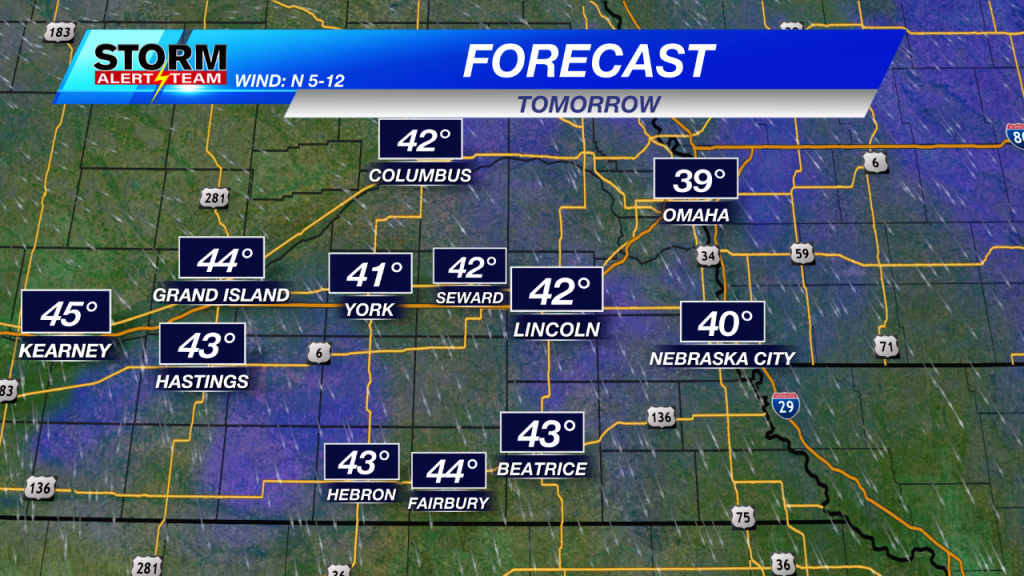 WEDNESDAY:  Mainly sunny and cooler.  Highs in the lower 40°s.

THURSDAY:  Mostly sunny and seasonable.  Highs in the lower to middle 40°s.