With our first system of the week coming and going, we eventually saw a bit of sunshine in the evening peak out from some of the clouds. We also were mild as temperatures were steadily in the low and middle for most of the day. Lincoln’s high temperature of 48°F was achieved around 4:30 a.m. on Monday, before the winds shifted and picked up out of the northwest.

We’ve now entered the uneventful period before our next system on Wednesday.

Overnight, winds will remain out of the northwest with mostly cloudy conditions. With normal low temperatures in the teens, another mild evening is expected through the morning to start Tuesday in the lower 30s. 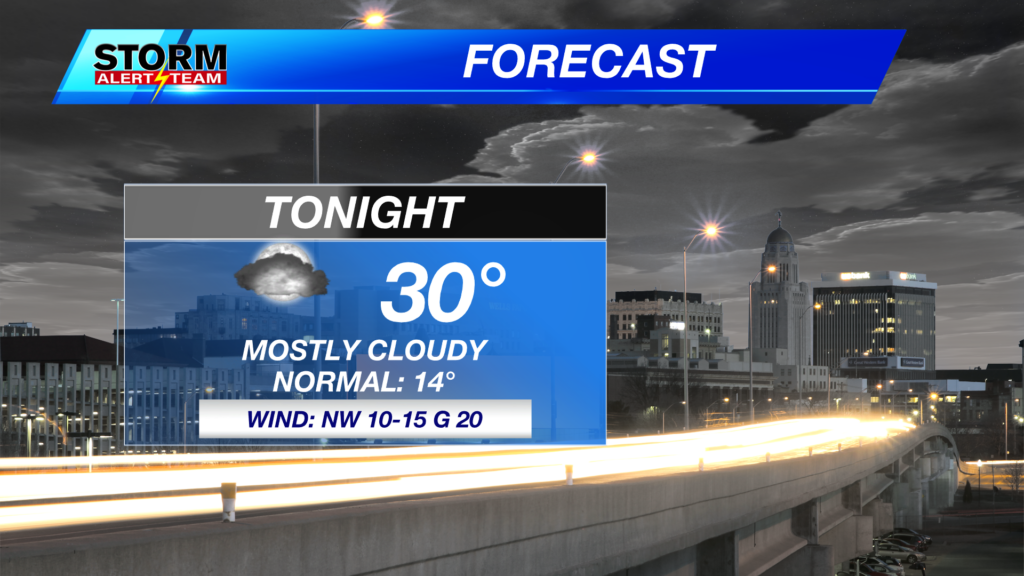 Tuesday will be dry and quiet as temperatures rise into the 40s again. Upper 40s and near 50s possible near the Kansas border on Tuesday. We’ll see partly sunny skies before we become overcast in the evening ahead of the next system. 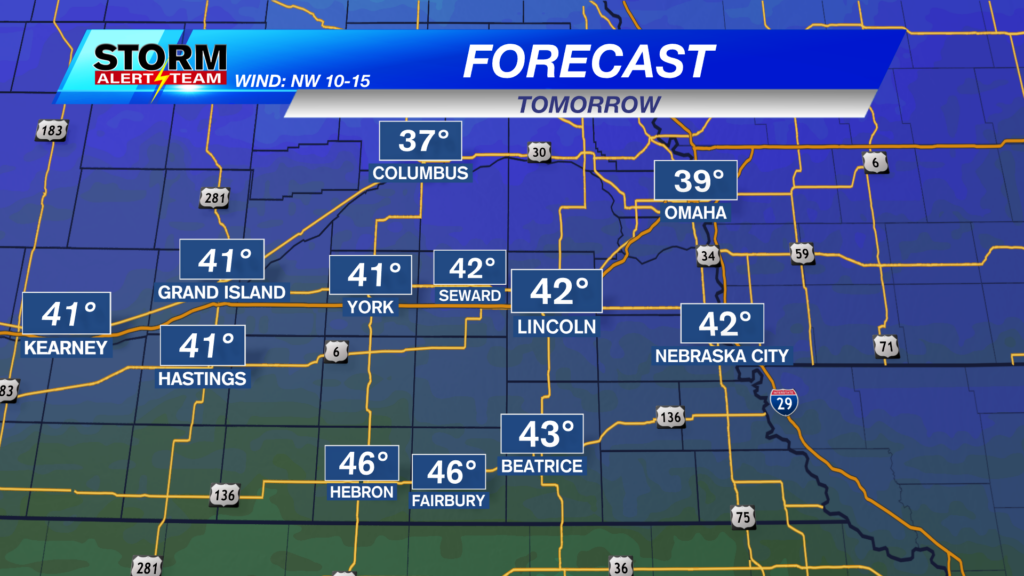 As of Monday afternoon, counties in southwest and western Nebraska were upgraded to a Winter Storm Warning (pink) set to start Tuesday evening. The warning comes as confidence grows that imminent, impactful snowfall is possible in that area through Wednesday. In the meantime, Lancaster County remains of the edge of the Winter Storm Watch (blue) starting Wednesday morning. 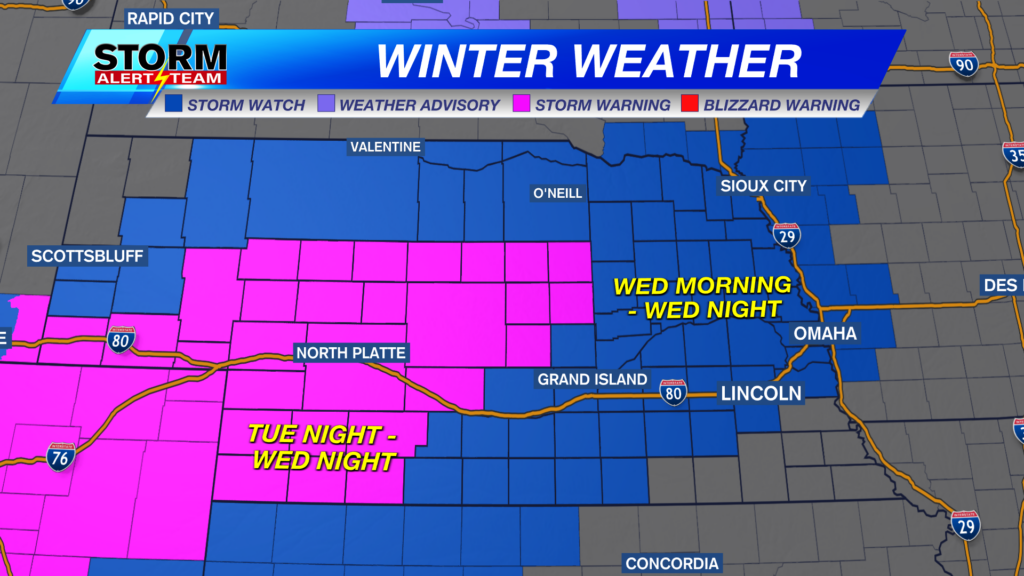 In the latest model runs, the track of the system is starting to become clear. One of the biggest variables at this point is the wintry mix that is expected to start first for southeast Nebraska. A layer of warm air is expected to be in place as the precipitation falls, bringing the chance for rain/freezing rain and sleet to some spots. That will cut into total snow amounts.

However, the precipitation is expected to completely changeover into snow by Wednesday evening, leaving just the chance for flurries by early Thursday morning. For now, the best chance to see heavy snow is north of the Platte River where snow will be falling the whole time. 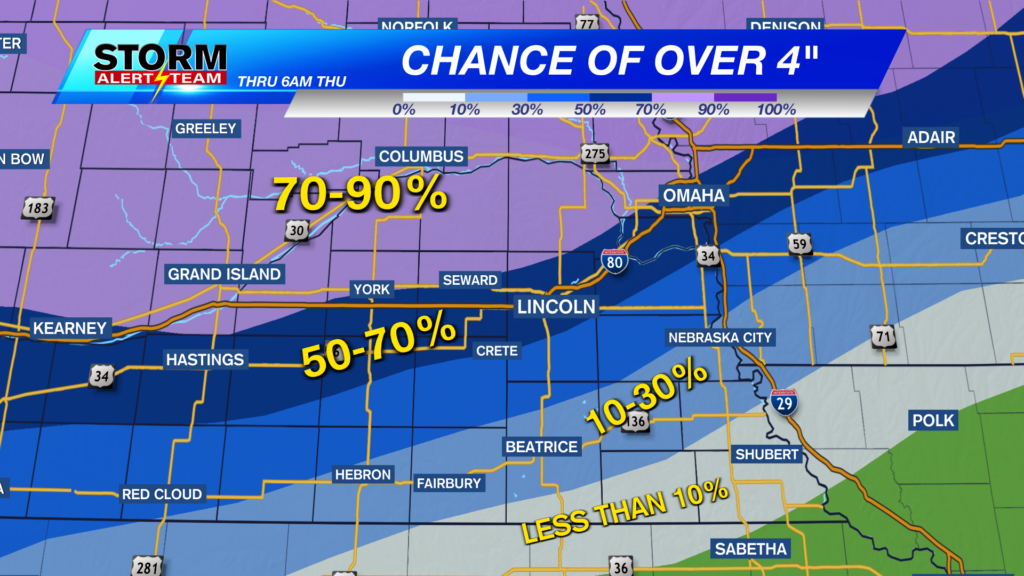