The next several days are going to be above average. It’s been a while since we’ve been able to do that! 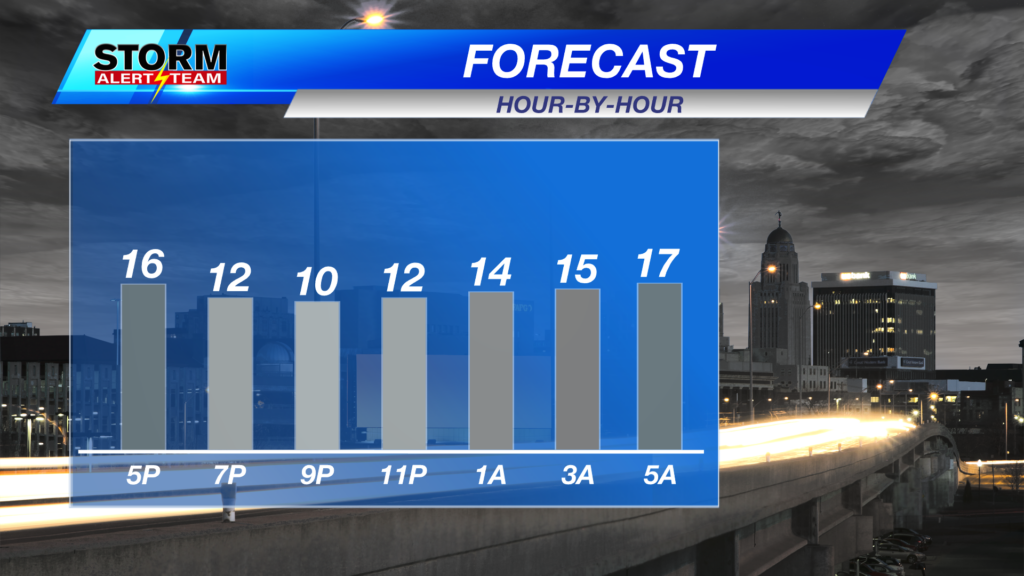 It’s going to get cold Monday night, but the low will happen before midnight. We’ll briefly drop into the single digits, then start to warm up through early Tuesday morning., 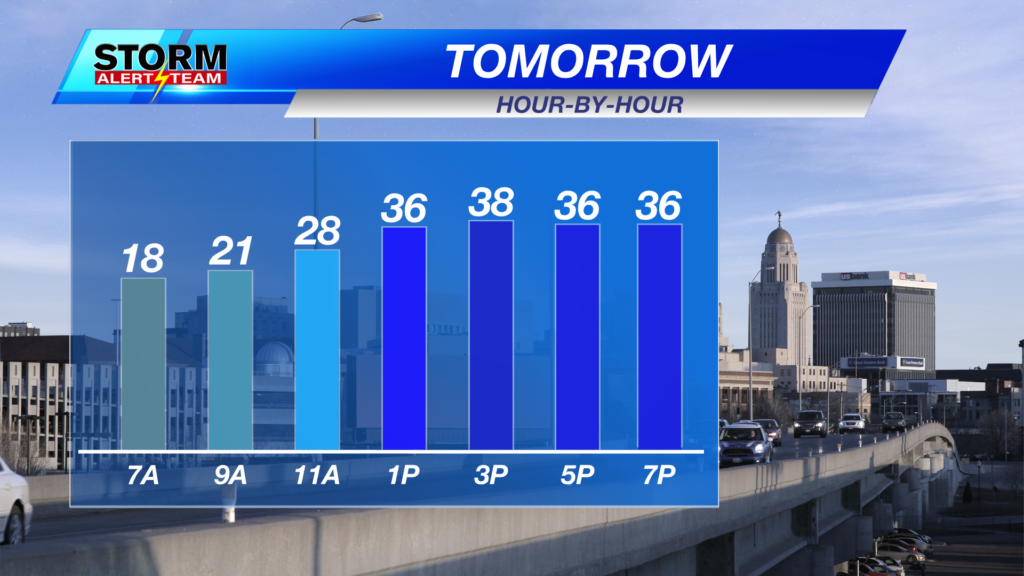 While we will be warmer than average for Tuesday, it’s still going to be chilly. Highs will try for 40 degrees, but a gusty southwest wind at 15 to 25 mph will add to the wind chill. 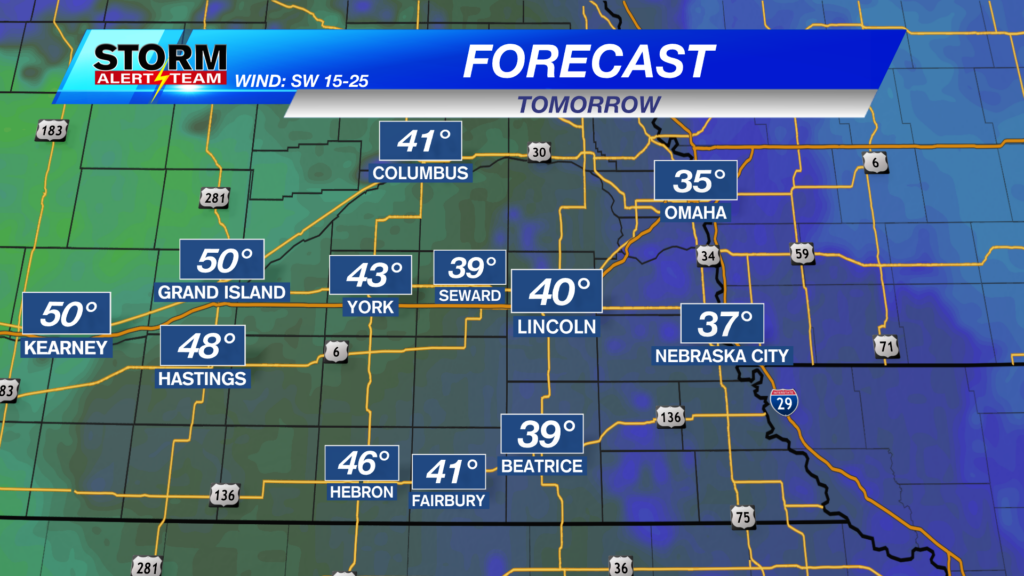 It will be cooler to the east and warmer to the west Tuesday. The warm front is slowly moving east and will make it into the Tri-Cities area first.

There will be a mix of sun and clouds, with more sun than clouds expected. 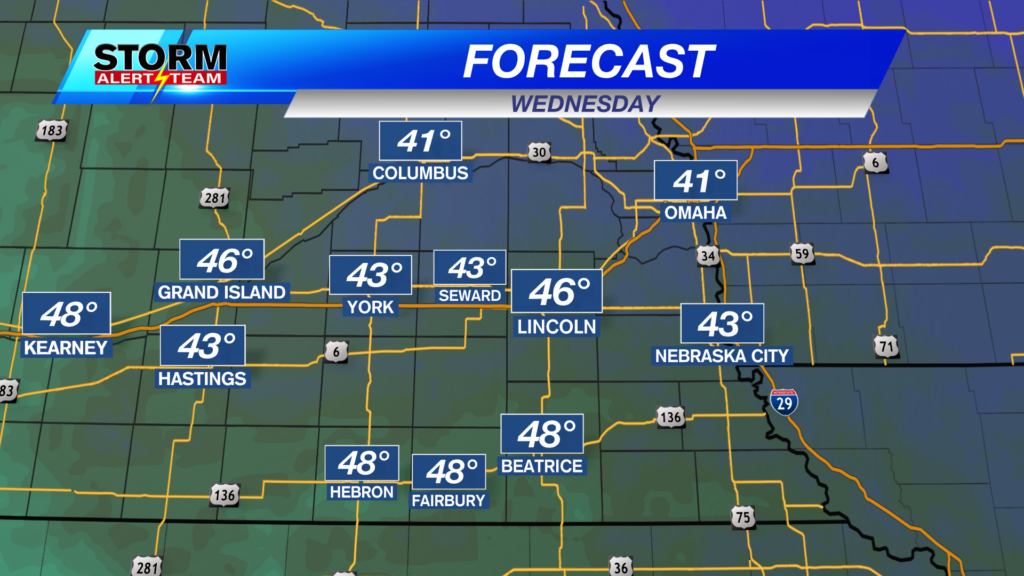 By Wednesday, we’ll all see high temperatures in the 40s, with a few spots likely seeing the lower 50s. Clouds will be on the increase during the day. 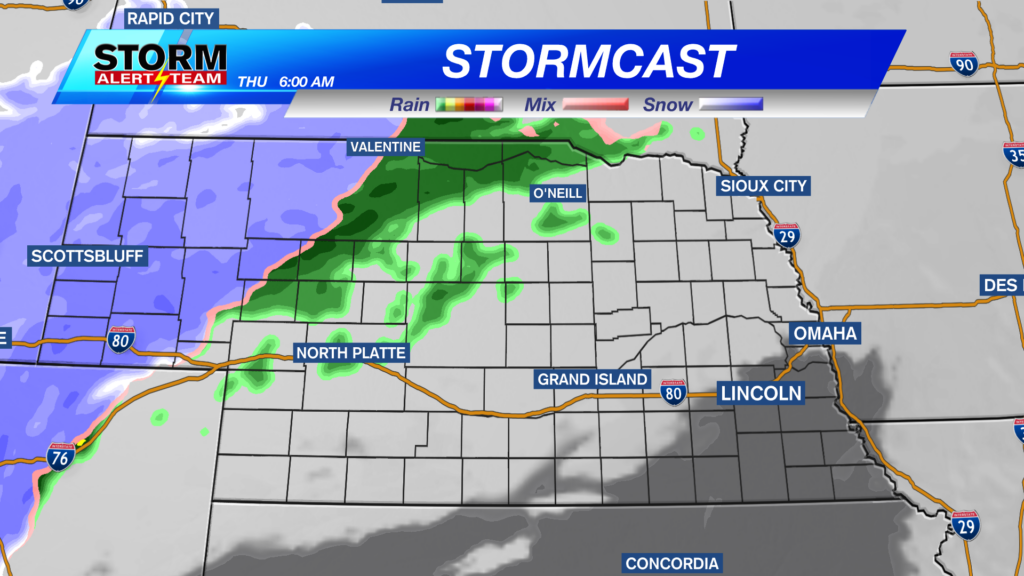 Starting Thursday, a storm system will start to move into western Nebraska, bringing with it a rain/snow chance. Snow is possible for the western half of the state, while rain is more likely for eastern Nebraska as the storm moves east Thursday evening.