You’ll likely notice more of a chill to the air on Wednesday as cooler air arrives. Temperatures on Wednesday morning are sitting in the middle and upper-20s for most, and that is about where they hover for the first part of the day. Temperatures should gradually cool as the day progresses, especially during the mid to late afternoon.

We should be partly to mostly cloudy on Wednesday, and we can’t completely rule out a flurry or two. Overall flurry chances, however, do look small. 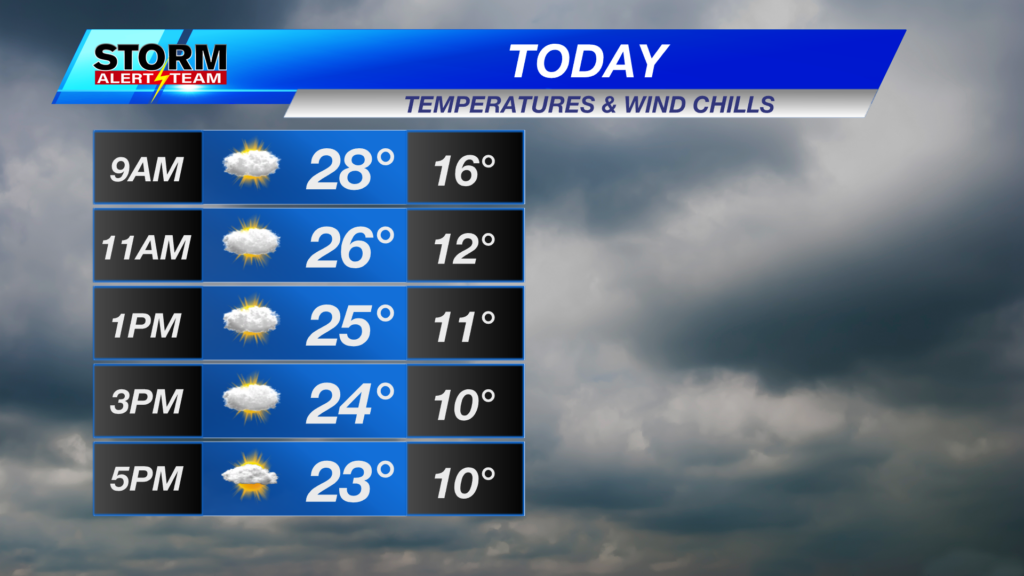 It will also be blustery, with northwest winds sustained anywhere from 15-25 mph during the day. Gusts may push 30-35 mph at times. This will send afternoon wind chills into the teens and even single-digits in a couple of spots. 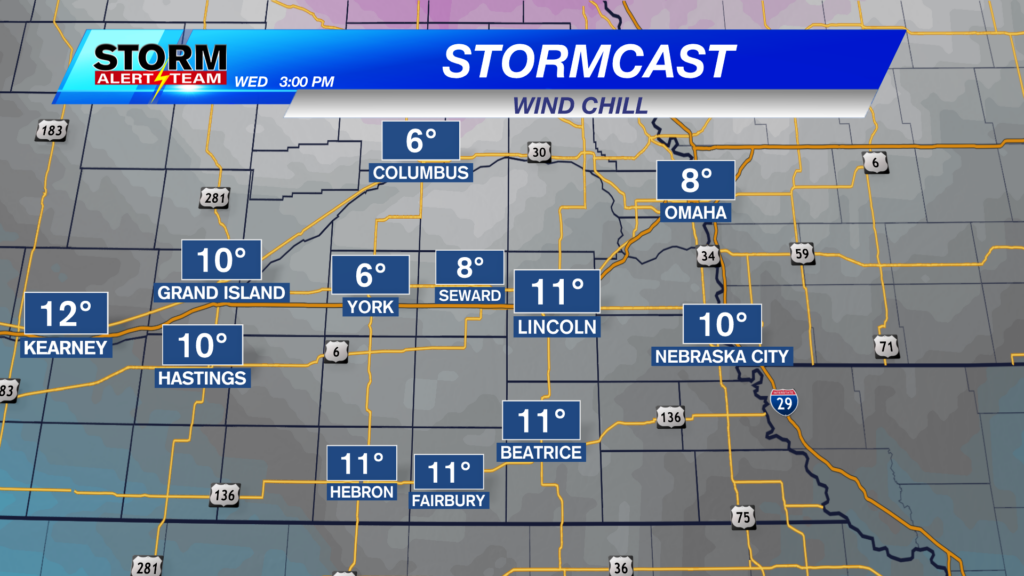 Thursday does look like it will be slightly warmer, with highs in the lower-30s. A flurry or two can’t be ruled out on Thursday either, especially late. By Friday, highs may even reach the 40s.

However, this warmup will come to a halt this weekend. Temperatures will fall on Saturday as a disturbance arrives. This will also bring a light snow chance to the area. That said, the majority of the moisture looks like it will fall in northern Nebraska.

A bitterly cold air mass moves in behind this system, and it has Arctic origins. Air located over northern Canada early Wednesday (and closer to the North Pole in recent days) will arrive in Lincoln by Sunday afternoon. Heading into next week, we will likely be dealing with highs in the teens and lows near 0°. 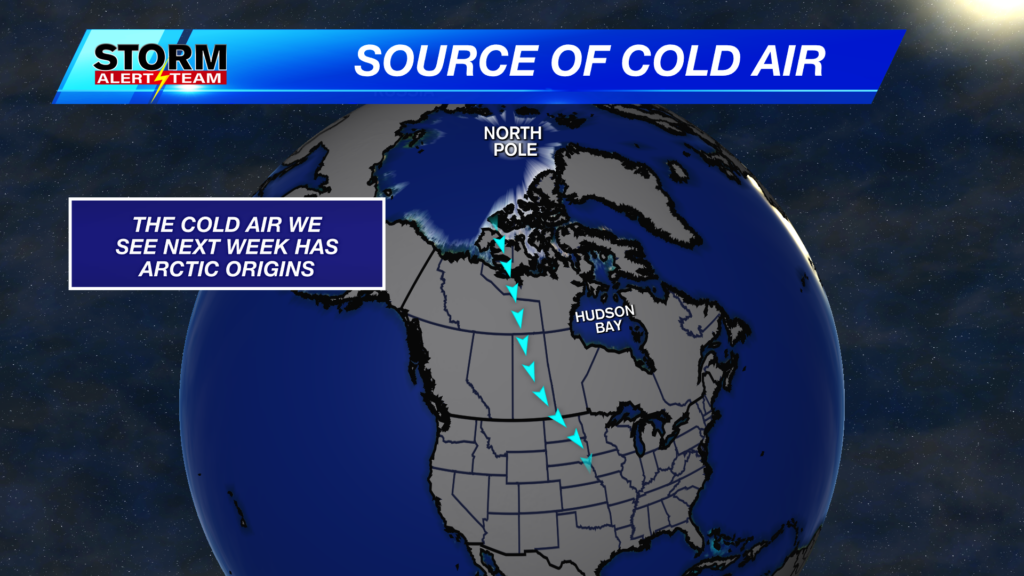