What a Wednesday around southeast Nebraska!  100% sunshine and temperatures topping out 20° above normal.  Lincoln reached 54° and will go in the books as the second warmest Inauguration Day in the modern era.  Today also marked the 17th consecutive day with above normal temperatures in the capital city.

A cold front will pass through the region Thursday allowing for cooler temperatures in the Channel 8 viewing area. 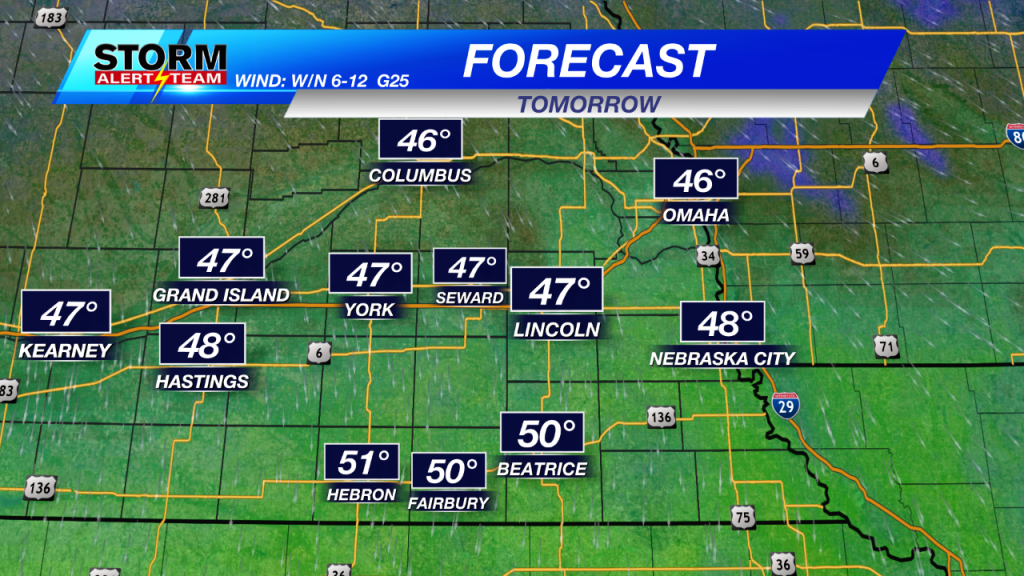 While it will be cooler, temperatures will still remain above normal.  The normal high temperature for this date is 35°.

It appears we may be moving in to a period where we could have near daily chances for measurable precipitation, mainly in the form of snow, in southeast Nebraska.  However, let me say that this is faaaaaar from being set in stone.

Having said that, the first chance for snow will be for areas of north-central Nebraska Friday morning and afternoon. 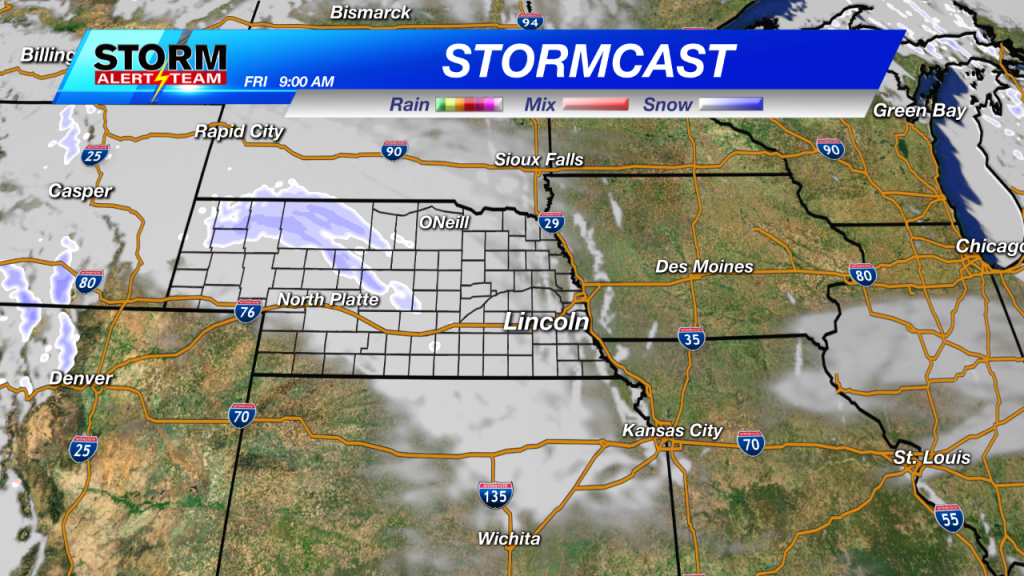 The best chance for snow reaching the ground will be from O’Neill to Broken Bow and areas northwest.

Saturday brings another chance for snow showers.  It is still early but at this time it looks like scattered snow showers could begin to develop Saturday afternoon/evening and quickly move east. 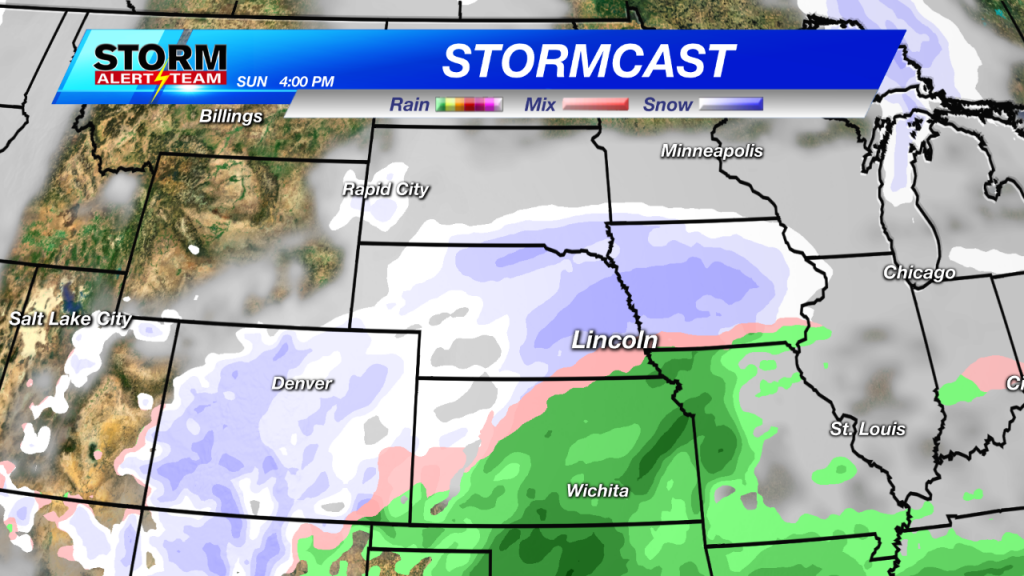 Sunday is the start of the headaches from a forecasting stand point.  If the computer model that brings higher precipitation to the area is to believed this will bring a rain/freezing rain/snow mix to southeast Nebraska.  The dividing line between all of those things could end up right overhead.

Again, stay tuned to future forecasts as we work to get more details in the forecast.