Winds Saturday evening through Sunday morning were gusting upwards of 30 miles per hour, but it continued to calm down as the clouds worked their way out of our area.

By Sunday night, skies will be mostly clear as temperatures drop into the lower 20s. Winds are expected to pick up once again through the morning hours of Monday for a breezy start to the week. 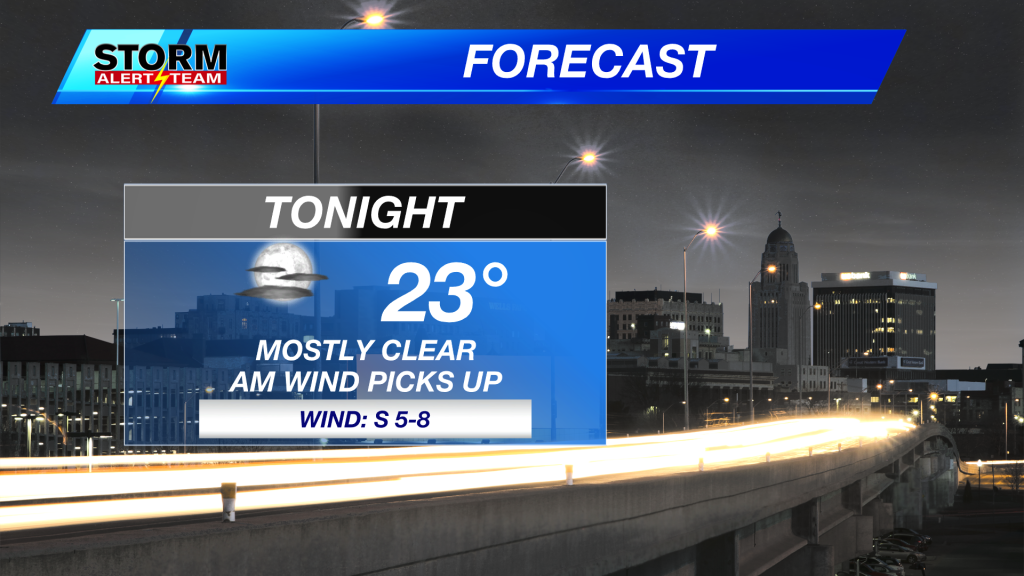 Monday’s high temperature will be the warmest conditions we see for the next several days. Highs will be well-above average with a lot of sunshine ahead of the system that starts moving into the Panhandle by the later evening hours on Monday.

After the system, we have a much cooler day on Wednesday and then work our way back to temperatures near normal by the beginning of December. 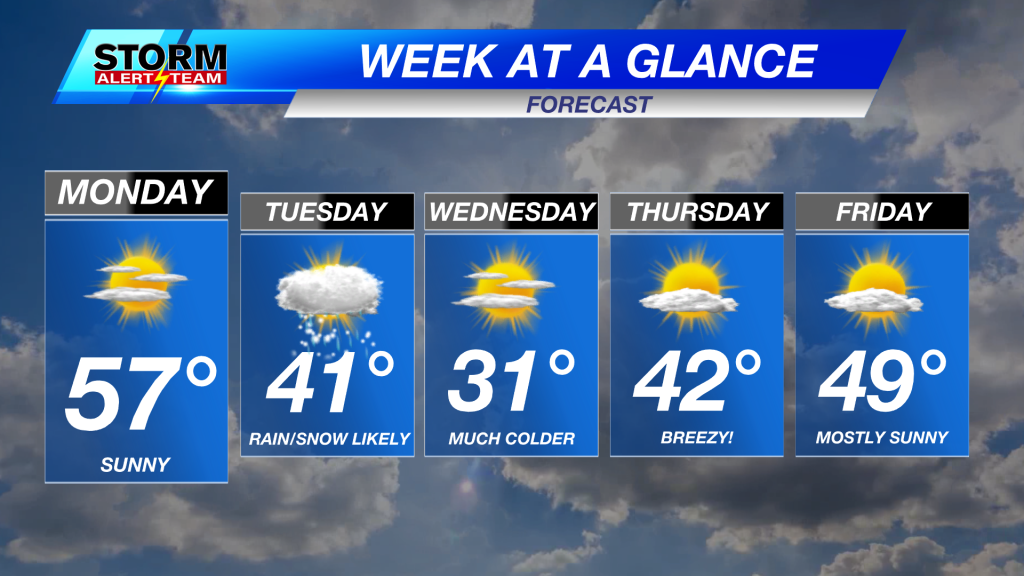 A system that originates from the north, bringing some colder air behind it, will make its way through Nebraska early Monday evening and be impacting eastern Nebraska by Tuesday afternoon.

A band looks to form within the Panhandle later on Monday while tracking through the state, producing light amounts of snow through central Nebraska Tuesday morning. The better chances as of Sunday afternoon to see an inch or more appear to be in northeast Nebraska through Tuesday evening.

As for Lincoln and southeast Nebraska, mixed precipitation and some early sprinkles could be what we see first by Tuesday morning (below) before the band progresses to the east. 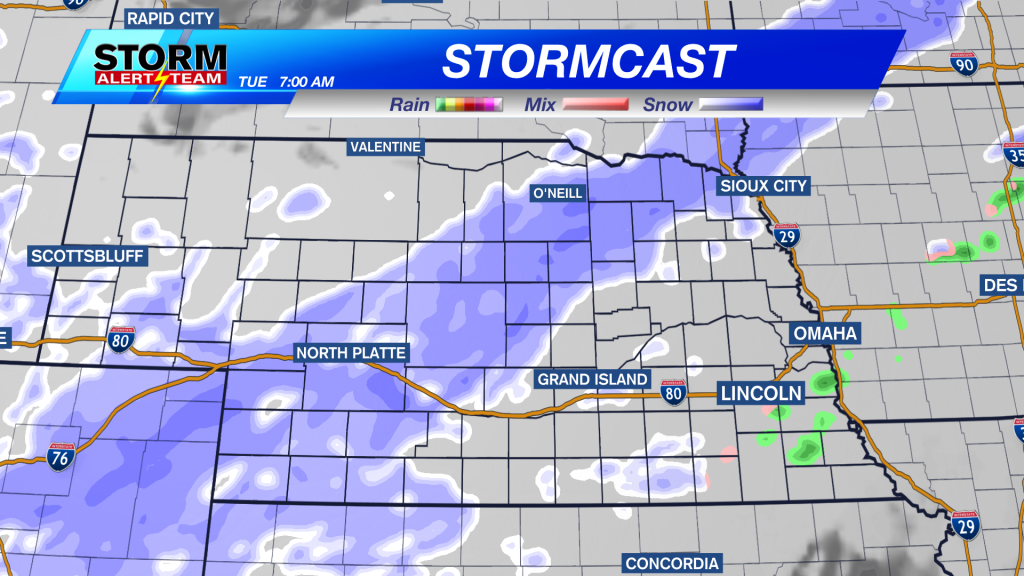 As one of our longer-range models, this version shows the swath of snow showers making it to Lincoln around lunchtime. Accumulations in southeast Nebraska are less likely as the system moves out of the area by Tuesday evening. Winds are also looking to be blustery at times and could reduce visibilities, especially off to the northeast. 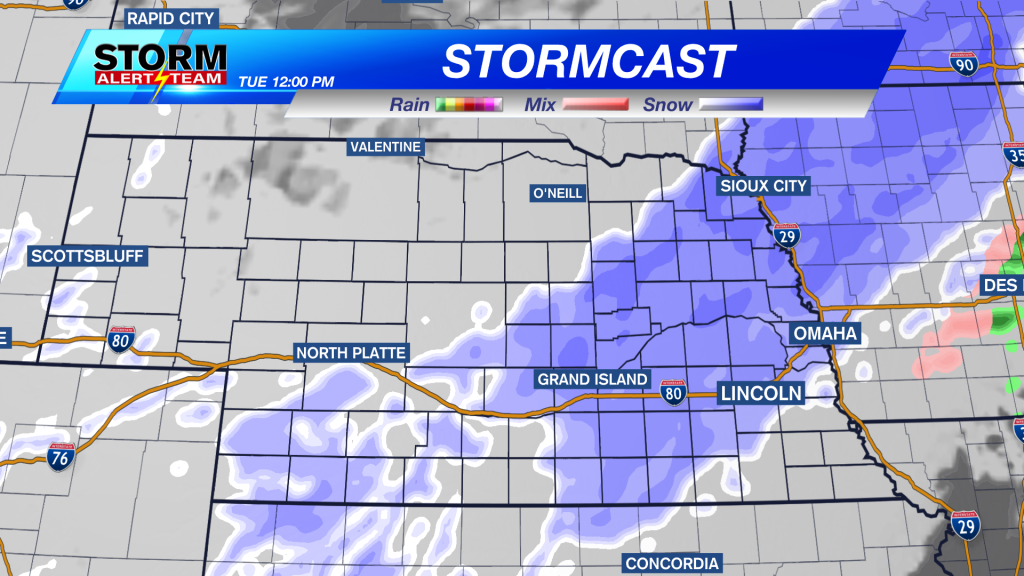 Winter forecasts can change, so it is important to stay up to date with developments over the next couple of days.