Winter Weather Advisory for Thursday in parts of Nebraska 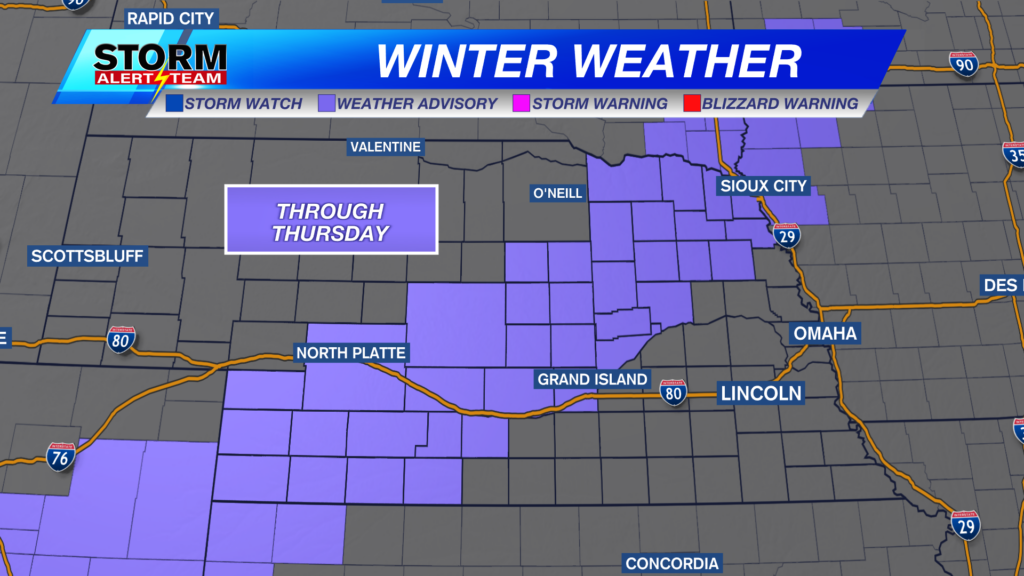 A Winter Weather Advisory is in place starting at midnight and lasting into Thursday for southwest, central and northeast Nebraska.

Rain will be seen first, but colder air will push through, changing it over to snow. A couple of inches of snow will be possible in the advisory area.

Travel will be difficult for those who see snow. 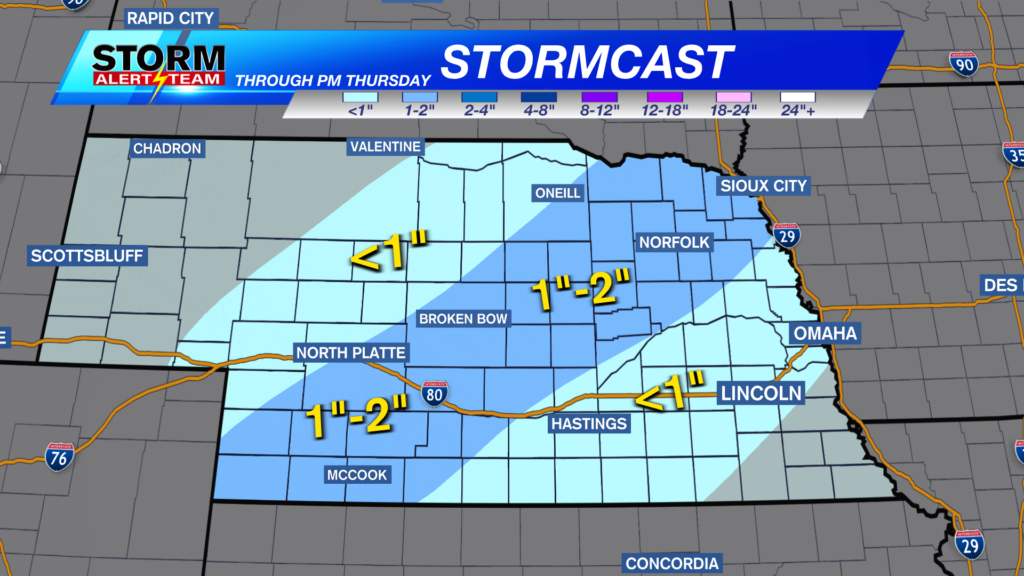 Snow will start overnight in southwest Nebraska, move into central Nebraska during the morning hours, and push into eastern and northeast Nebraska by the afternoon and evening.

A swath of 1 to 2 inches is possible from Sioux City to McCook. Some spots may see a little more, but rain changing to snow should limit any higher snowfall potentials.

Less than 1 inch of snow is possible on the edges of the Winter Weather Advisory. 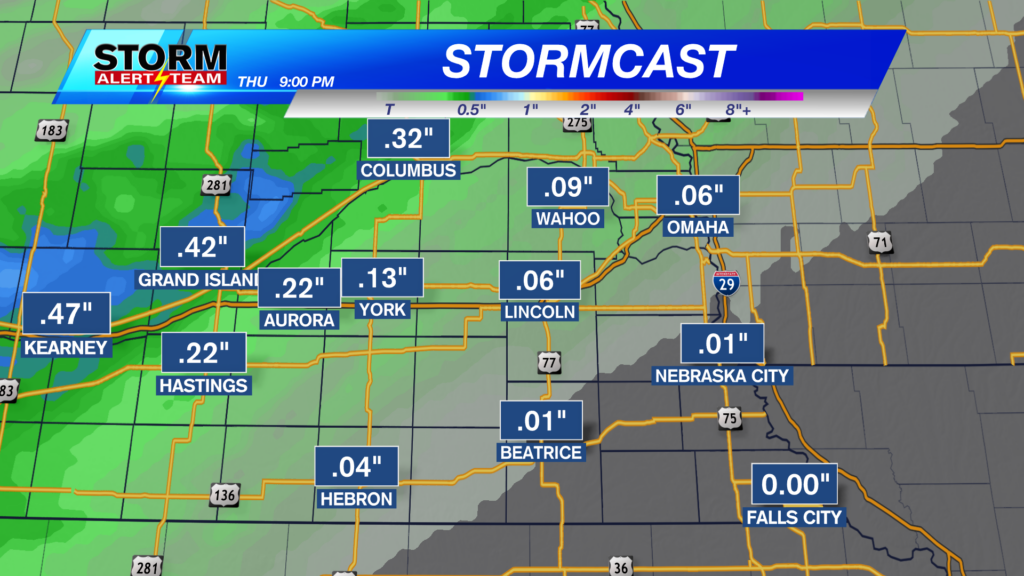 Those who don’t see snow may see a little rain. Portions of southeast Nebraska may see up to a tenth of an inch of rain.

Areas near the Tri-Cities are more likely to see snow, so that quarter-to-half-inch precipitation potential will likely be in the form of 1 to 2 inches of snow. 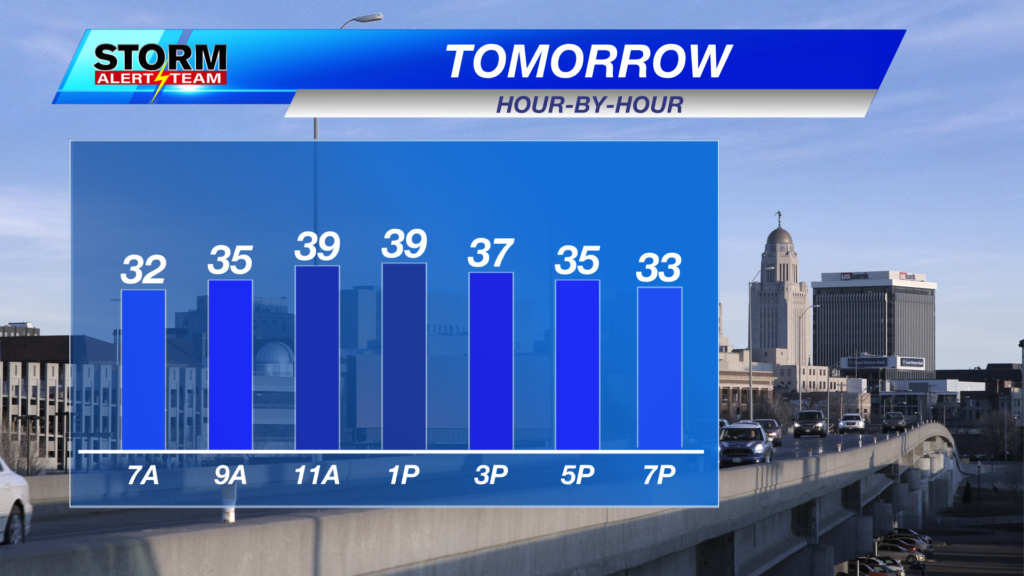 For Lincoln, temperatures will remain above freezing for most of the day. Just after sunset, we’ll drop closer to the freezing mark, and this is when the snow potential is highest. 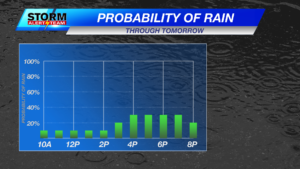 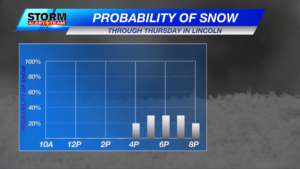 The rain chance and snow chance are at about the same time, and we could see a rain/snow mix in southeast Nebraska, limiting the snowfall potential to less than an inch.