After seeing temperatures in the upper 70s on Thursday, we’ll see temperatures in the upper 30s and lower 40s all day Friday. We warm up a little for Saturday and then we’re back in the 60s for highs Sunday and the first half of next week. Precipitation chances are out there, as well. Storms will be likely overnight in eastern Nebraska while snow will be falling in western Nebraska. Then, late Friday into early Saturday, rain will change over to snow in eastern Nebraska with some minor accumulations possible. 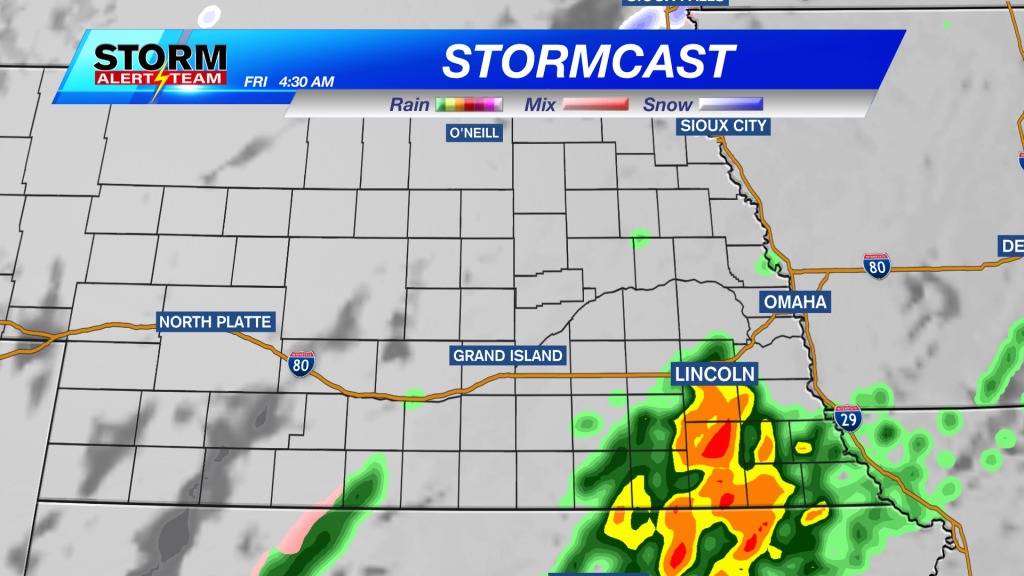 Let’s start with Friday morning, when storms start to move into SE Nebraska. Most of the storms will have the chance for heavy rain and lightning, but a couple storms may be strong to severe. 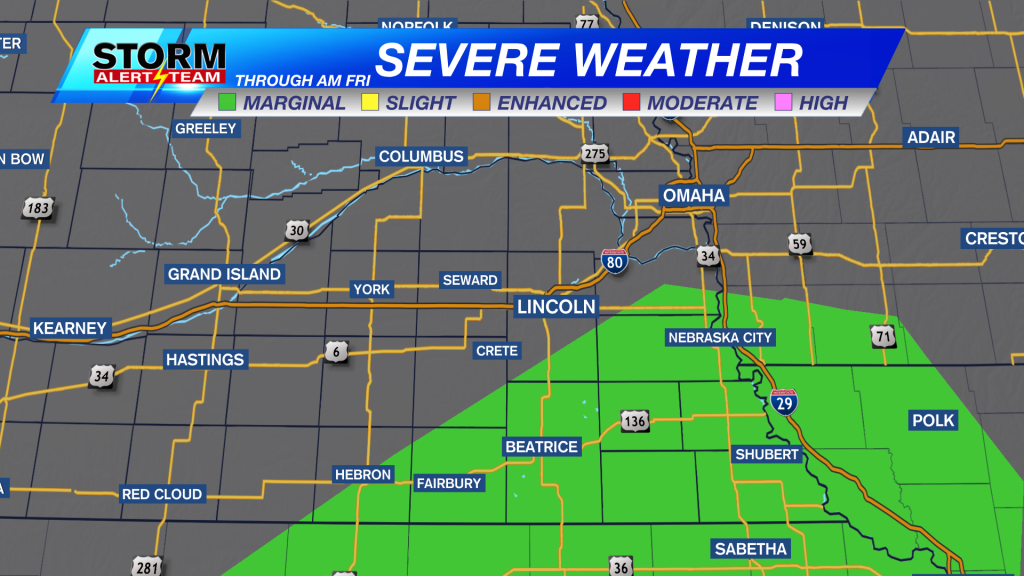 With those storms early Friday morning, we have a Marginal Risk for storms in SE Nebraska. This means that one or two storms may be on the strong to severe side.

Fast forward to Friday night into early Saturday, we have the potential for snow! Rain will change to snow and it will fall on a very warm ground, so accumulation will be difficult to do. 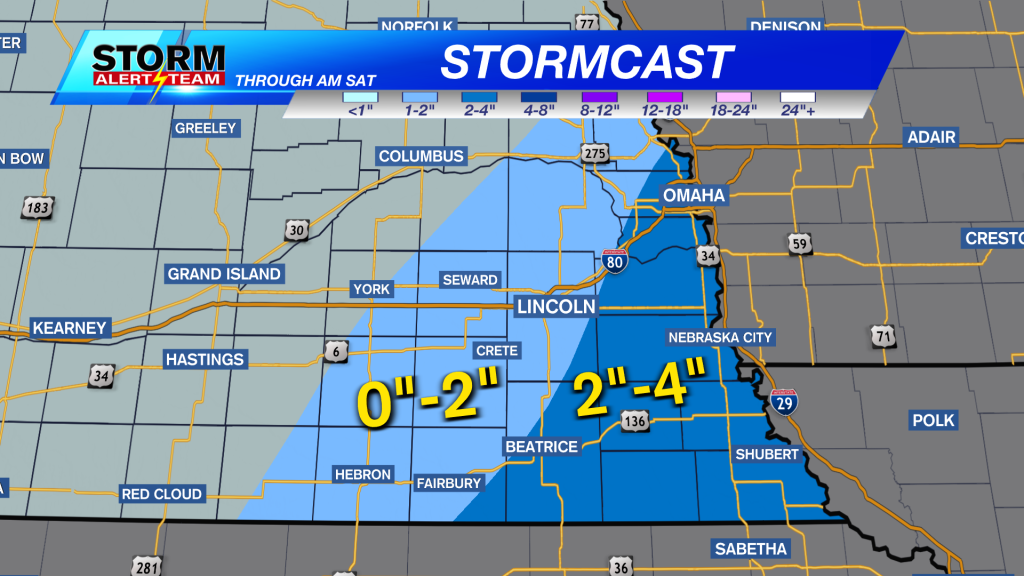 With the snow chance very early Saturday, we’ll see anywhere from 0″ to 2″ from York to Lincoln and 2″ to 4″ from Omaha to Beatrice and areas east. This will all melt off quickly.