Compared to the single-digit readings that Lincoln Airport reported on Sunday morning, Sunday into the start of the week will have “warmer” temperatures in the upper 20s this time. Columbus and Wahoo also saw single-digit low temperatures to start the day, and this is the first time for us to see actual temperatures that low yet this season. 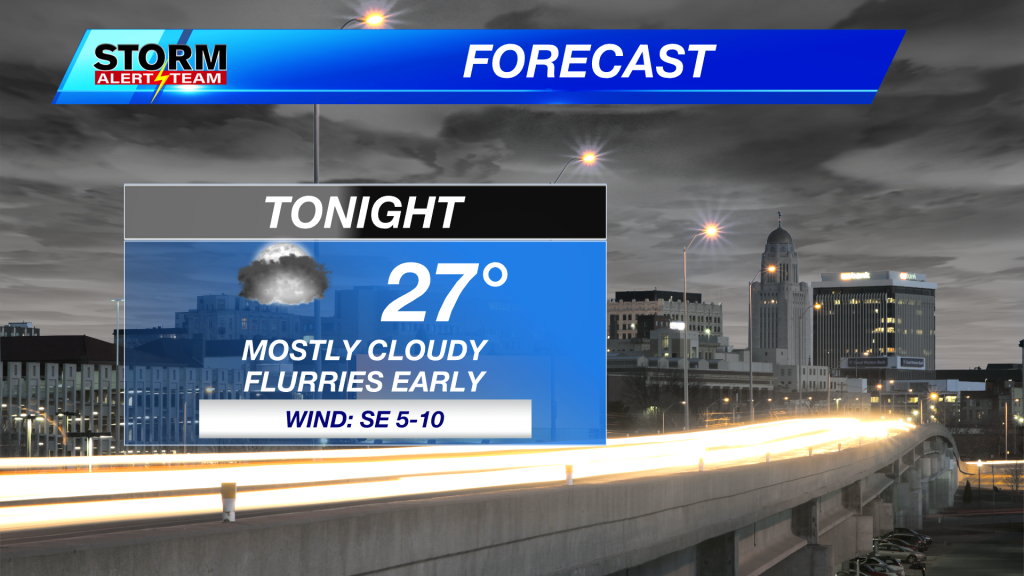 In the morning hours on Monday, there is the potential to see snow from the southwest up through the Lincoln area. This could reduce visibilities for the morning commute, but light accumulations far less than an inch expected. The chance to see a rain/snow mix is possible in the afternoon as the system moves eastward. 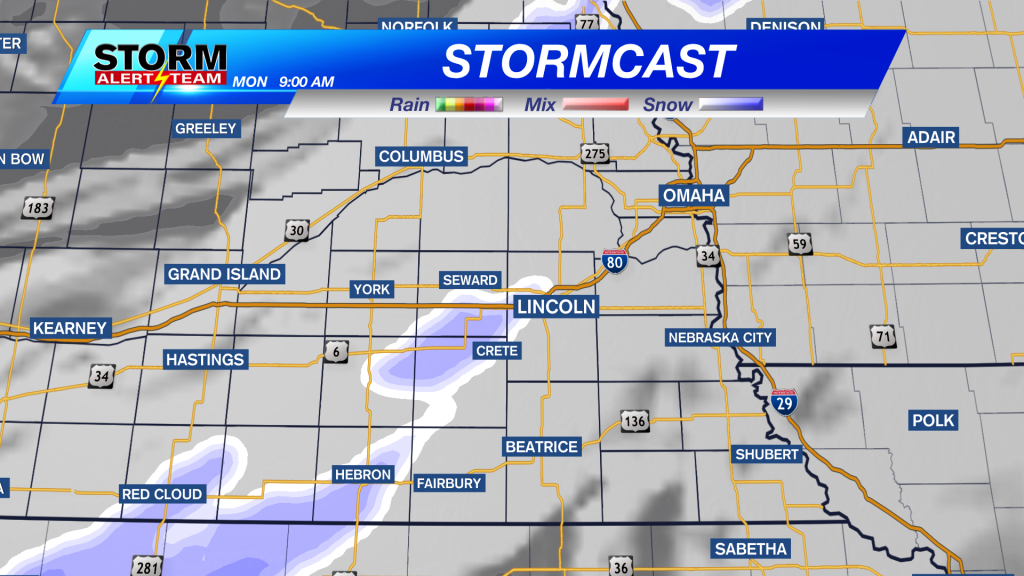 Later again on Monday, another snow band sets up in extreme southeastern Nebraska where totals could be slightly higher than the morning’s chances. The system lingers a bit longer over this area. This chance for precipitation will fall through cooler air with the time of day and the area and be more likely to remain snow on its way to the ground. 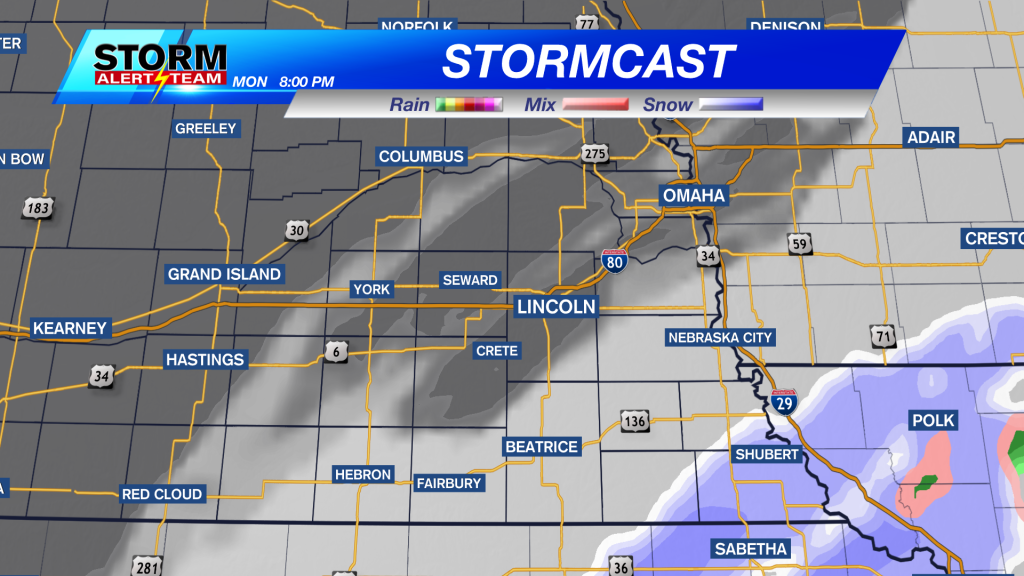 Snow amounts through Tuesday morning have a low chance of accumulating to 1″ or more. Trace amounts are widely expected across the area, especially within the snow bands looking to set up to the southwest and to the southeast throughout Monday based on model guidance Sunday afternoon.

This week will bring temperatures far below normal. Those temperatures are also expected to keep falling throughout the week with the coldest day to be on Friday.