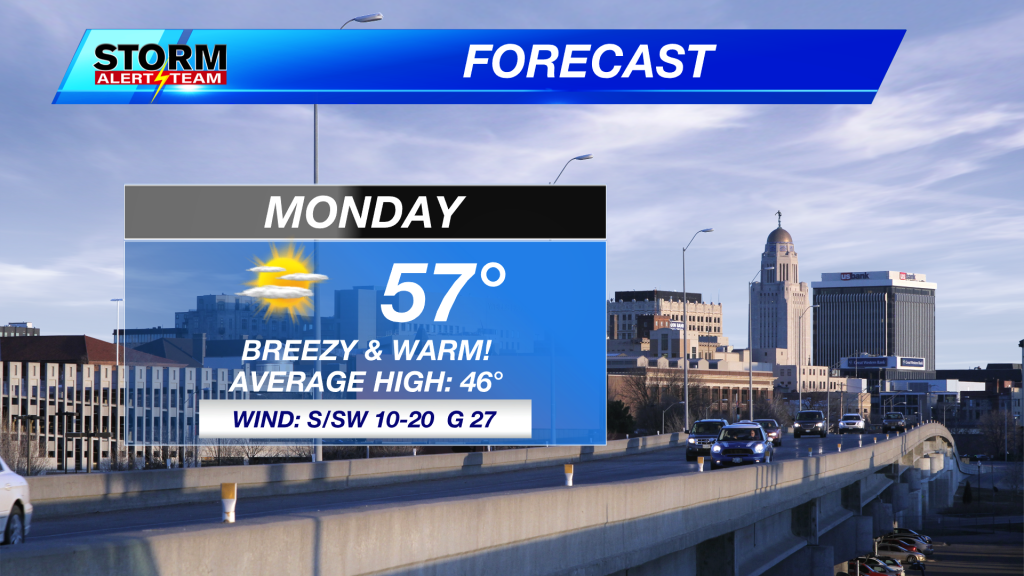 A few waves of high clouds will be likely on Monday, but we still expect mostly sunny skies overall. On Monday night, however, clouds will be increasing. This is ahead of our next storm system that could bring snow to much of the state on Tuesday.

On Tuesday morning, some light drizzle will become possible in the eastern sections of the state. As colder air moves in, there may be perhaps a brief window where freezing drizzle will be possible. We don’t expect a lot of ice accumulation, but there may be enough to create slick spots on the roads.

By late morning and afternoon, a transition to snow will be increasingly likely. As of now, it appears that snow will begin to ramp down after sunset. 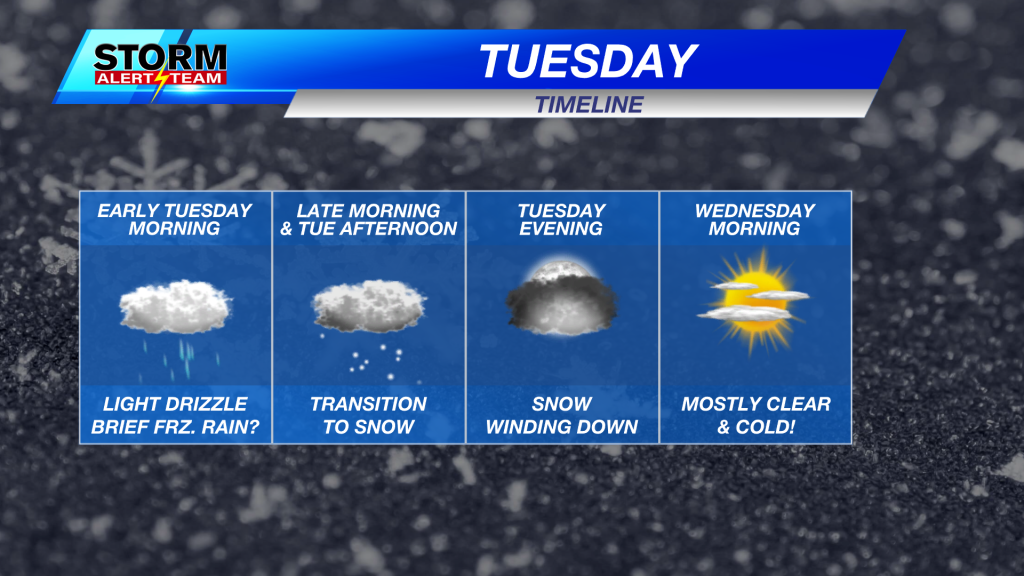 As far as accumulations go, totals will increase the farther north you’re located. Most areas in northern Nebraska could get anywhere from 2-4″, whereas we’re looking at closer to 0-1″ in southeast Nebraska. 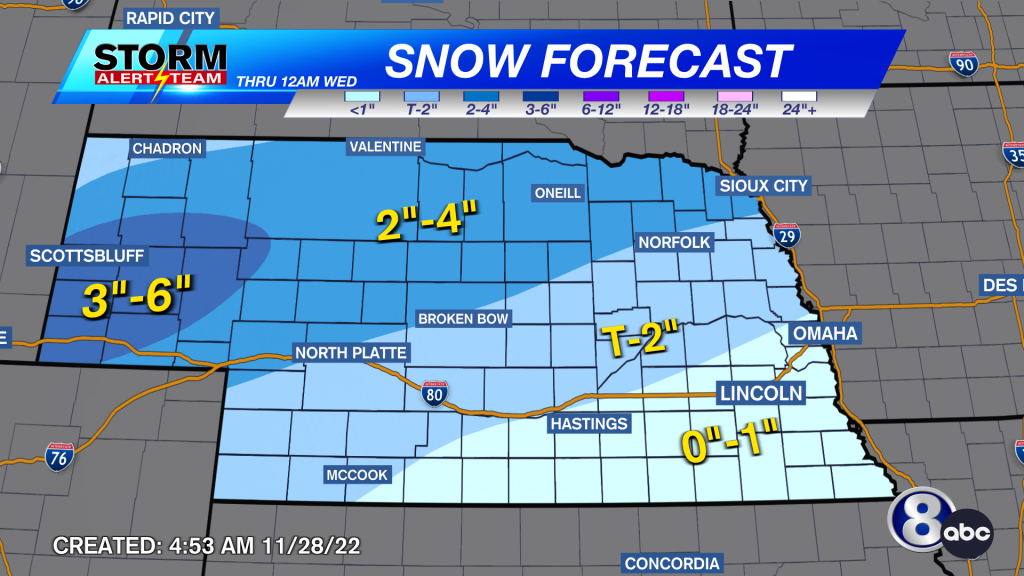 This probably won’t be the biggest snow we’ve ever seen, but there is a decent chance to see flakes fly on Tuesday afternoon.

A lot of the forecast hinges on the track of an area of low pressure. We expect the low to track fairly close to southeast Nebraska. If any shifts in track come about, that could result in some corresponding shifts in snow totals. We’ll be keeping an eye on this over the next day.