The Arctic Blast continues for southeast Nebraska.  In fact, the coldest air of the season is taking aim on the Channel 8 viewing area – arriving Sunday and stick around through Tuesday.  Temperatures will struggle to get out from below zero Sunday.

Skies are projected to clear late Sunday night which will provide an opportunity to break record low temperatures Monday and again Tuesday.  The current records are -11° (1978) for Monday and -18° (1978) for Tuesday.  My latest forecast calls for a low of -19° Monday morning and -22° Tuesday morning.

It won’t be as “cold” Saturday.  Skies will turn partly cloudy by late morning and temperatures will find their way a few degrees above 0° by afternoon. 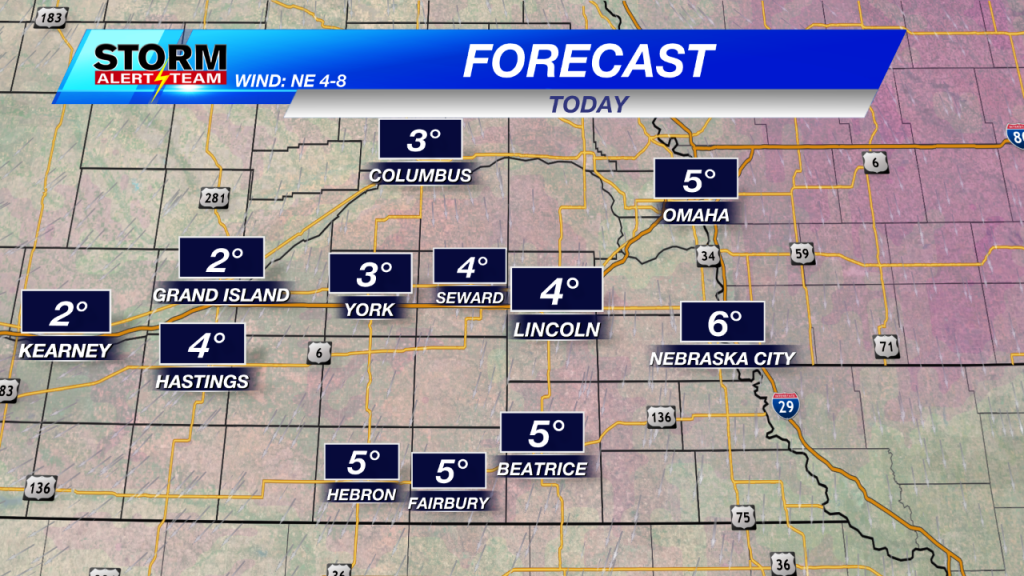 There will be another shot of snow coming to southeast Nebraska late Saturday night through Sunday morning.  This would be the first measurable snow on Valentine’s Day in eight years.

This does not appear to be a significant snow, but due to the Arctic air mass in place snow to water ratios will be high.  I’m thinking on the order of 20:1 to 25:1.  The projected amount of moisture (liquid) looks to be limited – around 0.10″ – so this would equate to 1″ to 3″ of snow possible.

This streak of cold air is incredible when you look at it historically.  It is the 2nd coldest February 6 through February 12 in Lincoln, only behind 1899. 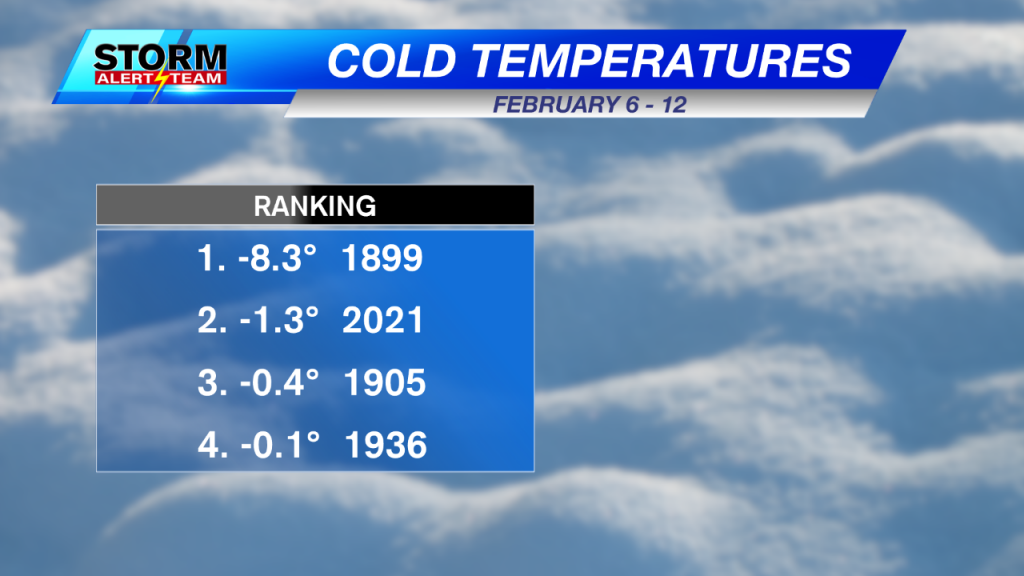