Small chance for a couple of flurries

While blizzard conditions were ongoing in western Nebraska on Tuesday, eastern Nebraska was on the warm side, allowing precipitation to fall as rain. However, the entire state will be on the cool side of this system starting Wednesday.

As the storm system pivots east, more snow will fall in northern Nebraska. That is where we expect the majority of any snowfall on Wednesday. A few flurries may try to sneak south, so don’t be surprised if you come across a few flurries on Wednesday. 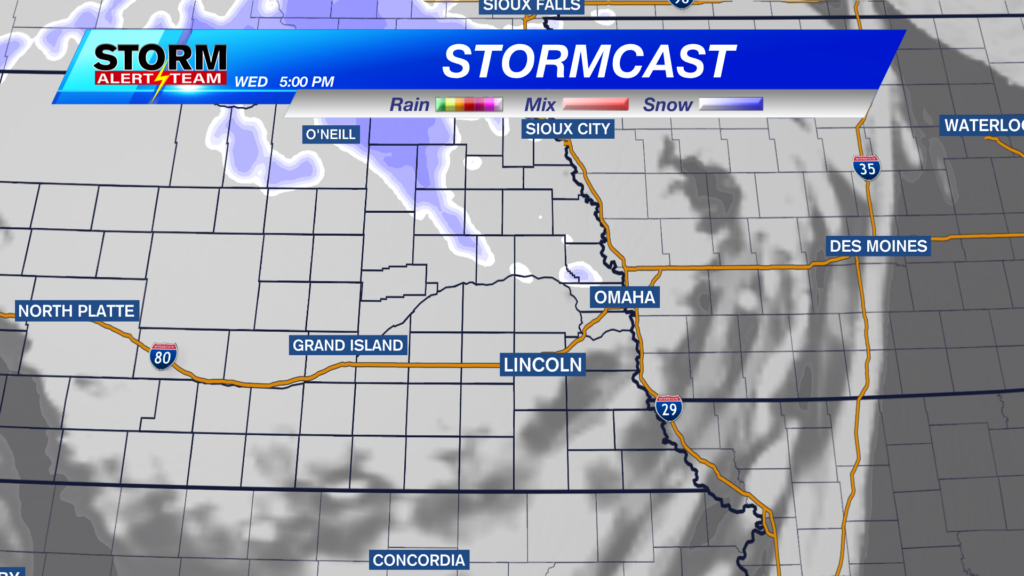 Accumulating snow is primarily expected to the north. A few inches are possible for the northern counties of the state. Accumulations will be little to none for areas farther south where any snowfall would be in the form of a few flurries. Below is a snapshot of what one version of Stormcast suggests for additional snow totals through Wednesday evening. 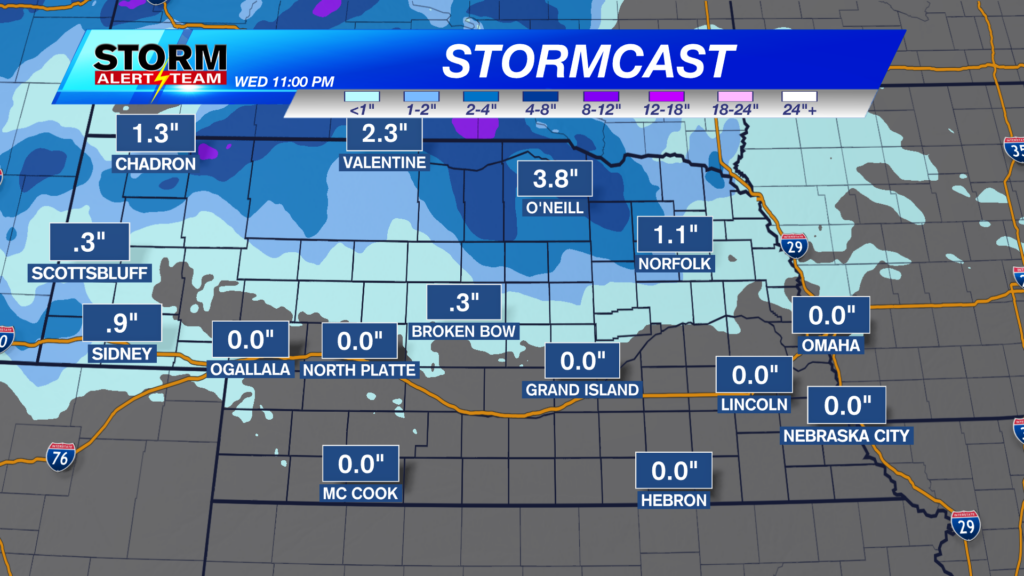 We’re otherwise mostly cloudy and cool on Wednesday, with high temperatures a few degrees below average. We’re forecasting a high near 37° in Lincoln. 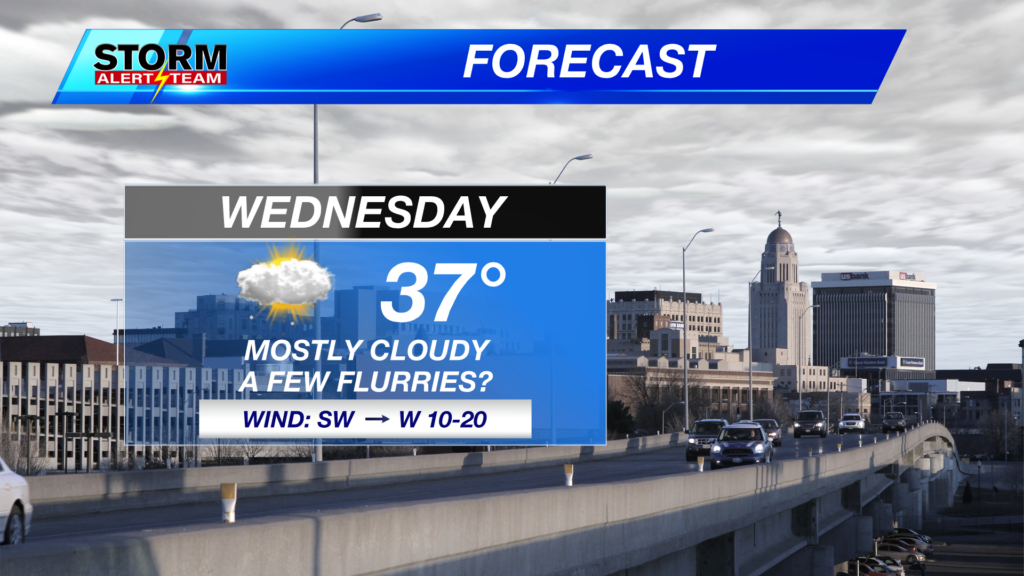 A few flurries will also be possible on Thursday. Again, these probably won’t amount to much. Things trend in a drier direction on Friday and this weekend. We also have good confidence that a prolonged stretch of cold weather will envelop the area. That will especially be the case next week, where long-range guidance is hinting at highs in the teens and lows below zero.