The next few day will be a little up and down with highs struggling on Thursday, warmer on Friday, then chilly again on Saturday. Then, the bottom drops out and we’ll be dealing with some very cold air for much of next week. 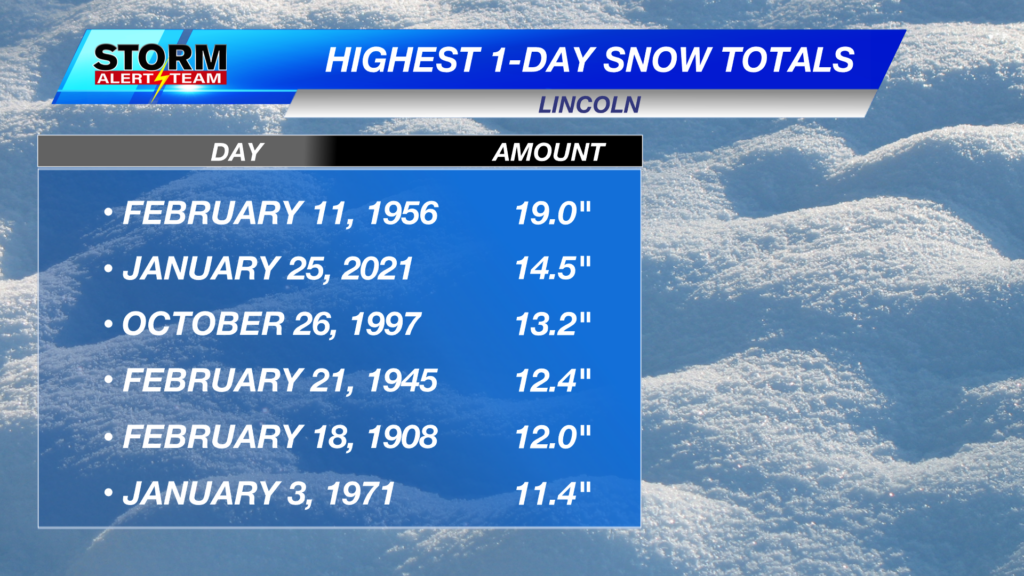 On this day in history, Lincoln saw the 2nd most amount of snow in one day in recorded history! It was only two years ago, in 2021, and we saw more snow in one day only once and that was back on February 11, 1956. In 3rd place is the October ’97 storm, which I remember very well! (I was in college at UNL) 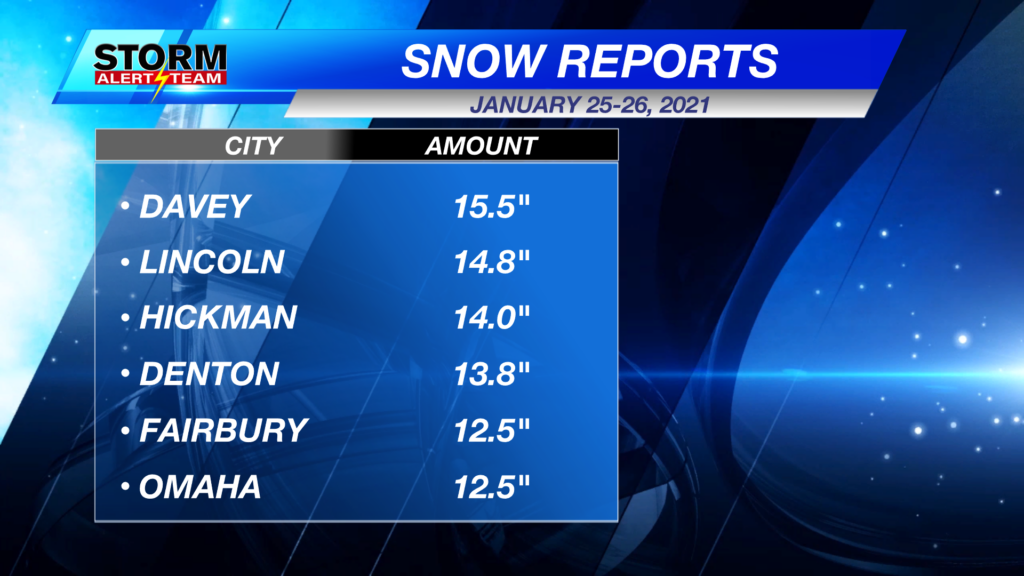 Lincoln wasn’t the only one to see a lot of snow on January 25-26, 2021. Above and below are some of the other snowfall totals from that storm. 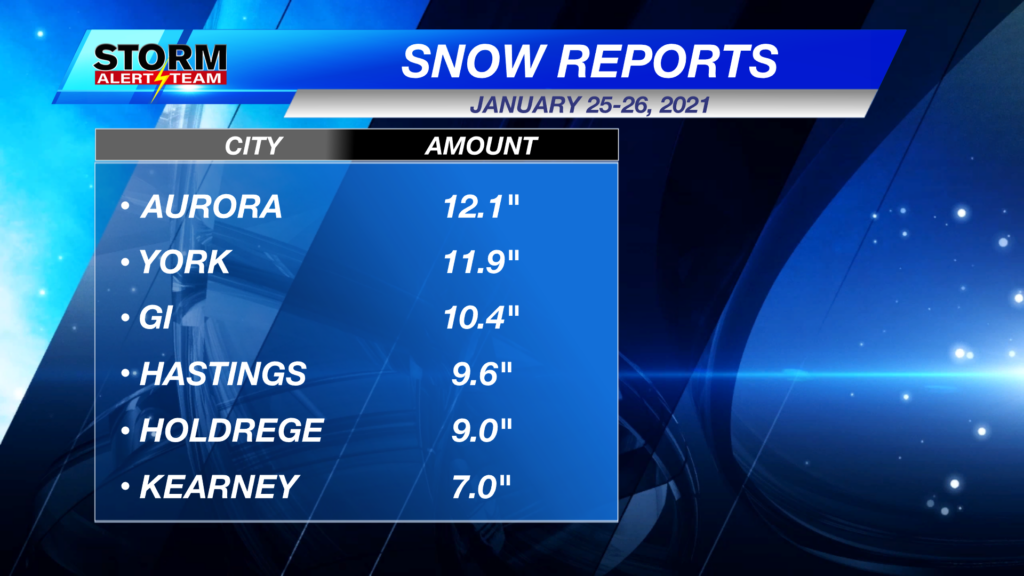 All said, the bulk of the snow fell in central and eastern Nebraska that day. 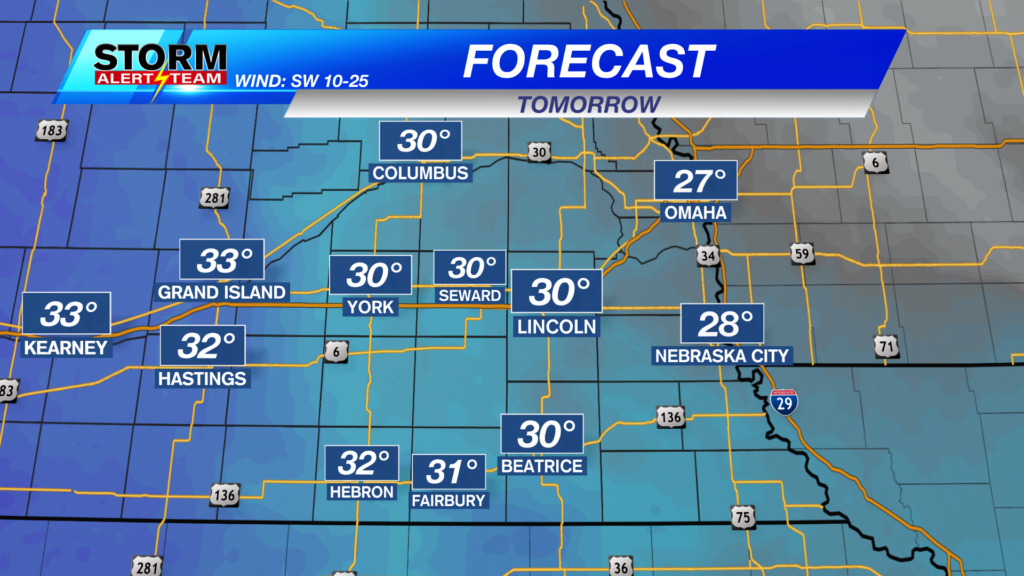 The forecast for Lincoln on Thursday is a chilly one. We’ll be a few degrees below average. 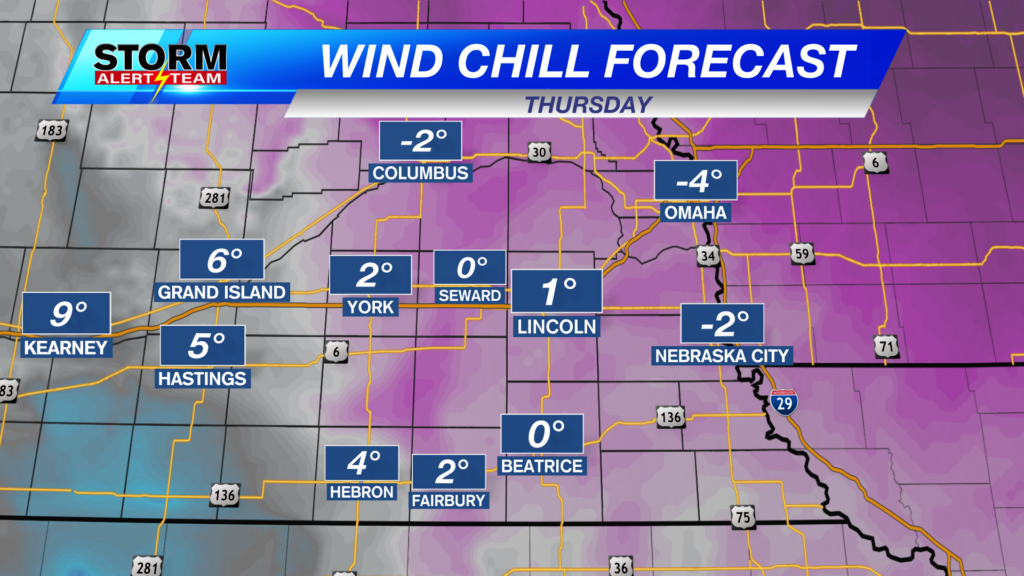 That pesky northwest to eventually southwest wind will put a bite in the air. The wind chill will be around zero much of the day. 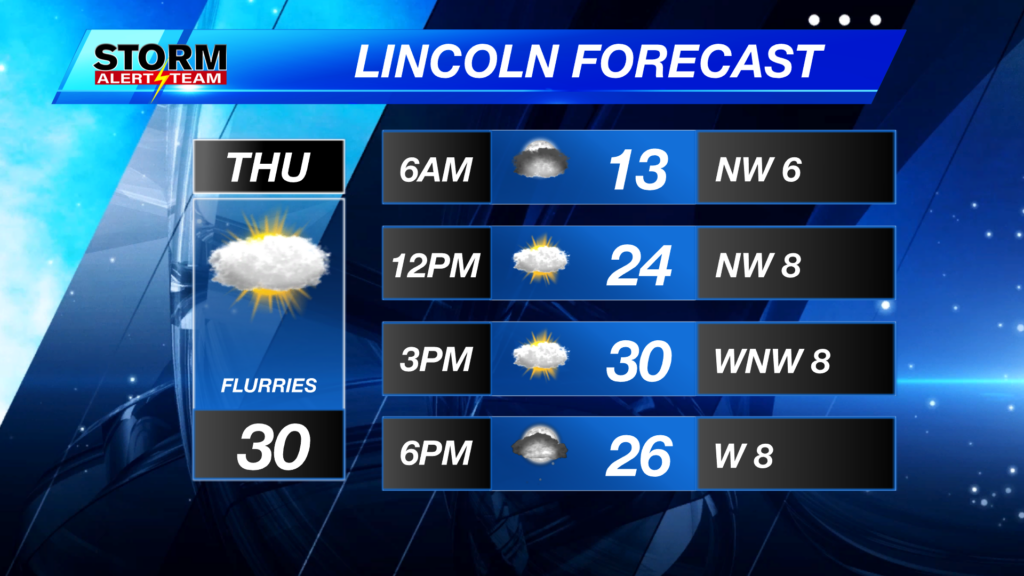 Hour by hour, we start off in the teens early in the morning and gradually make our way to around 30 by the afternoon. We might see a flurry or two in the evening. 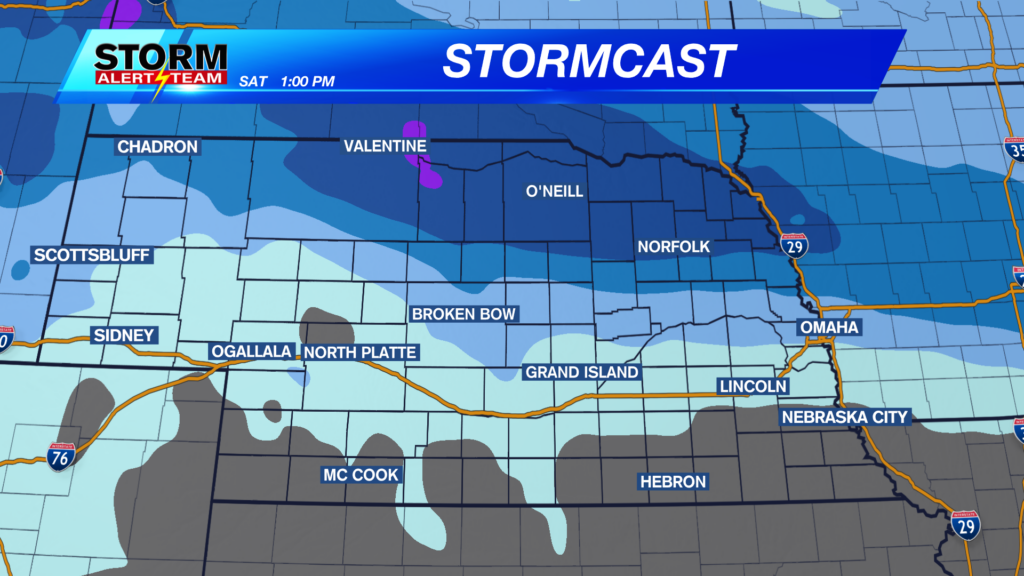 The better chance for accumulating snow comes our way on Saturday, with the best chance for snow in north central and NE Nebraska. Minor accumulations are possible further south towards I80.